A Look at FS Investments Nontraded BDCs and Interval Funds

A Look at FS Investments Nontraded BDCs and Interval Funds 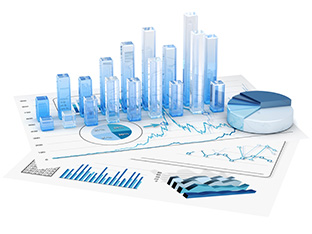 The four public BDC funds managed by FS Investments are shown below.

Corporate Capital Trust II was formerly advised by CNL Fund Advisors from its inception in March 2016 until April 2018 when it entered into a new investment advisory agreement with FS/KKR Advisor, LLC.

FSII, FSIII, FSIV, and CCTII entered a plan of merger on May 31, 2019. The merger terms have FSIC II as the surviving company, and each of the merging company shareholders will receive FSIC II common stock in an exchange ratio equal to the net asset values per share of the respective company shares divided by the net asset value per share of FSIC II common stock. They will become a publicly traded BDC. The merger is expected to close in Q4 2019.

Beginning with the closed nontraded BDCs, what factors have impacted the funds to result in such negative performance? Why has each fund experienced a drop in the NAV since Q1 2017?

Looking at their Statements of Changes in Net Assets, the drops appear to be coming primarily from unrealized depreciation on investments, but also slightly from realized losses on investments. Net investment income has been dropping somewhat, but that’s to be expected with a maturing portfolio with loans being paid back. Also, there is quite a bit of overlap regarding companies the BDCs are investing in, so if the value of one investment drops, it impacts every fund.

Q4 2018 was not a good quarter for these BDCs. Their NAVs dropped along with the stock market. In the table below, however, year-over-year comparisons between Q4 2018 and Q1 2019 reveal a more optimistic story.

In the next table (Table III), we compare the quarterly operating results for the four individual FS BDCs and for the group for Q1 2019 vs. the year earlier Q1 2018. For the most part, the improvements in operating results and distribution coverage are clear.

The proposed merger, if approved, and the subsequent listing of the combined BDC may result in increased values for the four BDC shareholders, based upon the combined operating results of the BDCs, and any operating economies that may result from the merger. However, the most recent ratio of listed BDC pricing to NAV reveals a median discount of 12% and an average discount for 44 listed BDCs of 9%. Unless the merged BDC is viewed more favorably by the market when it lists in Q4 2019, shareholders may see a valuation that is below the reported NAVs of the four currently-nontraded BDCs. 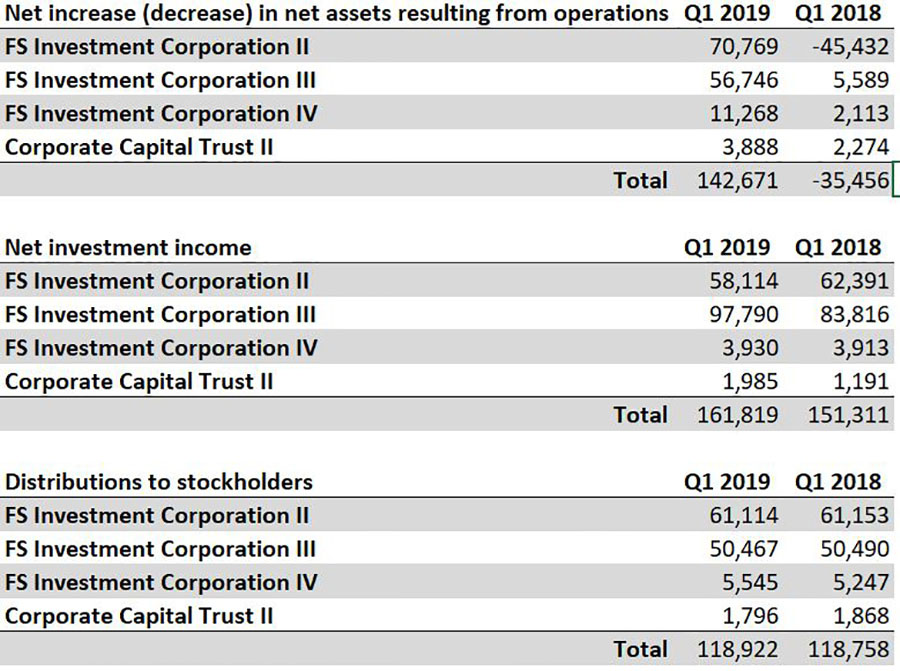 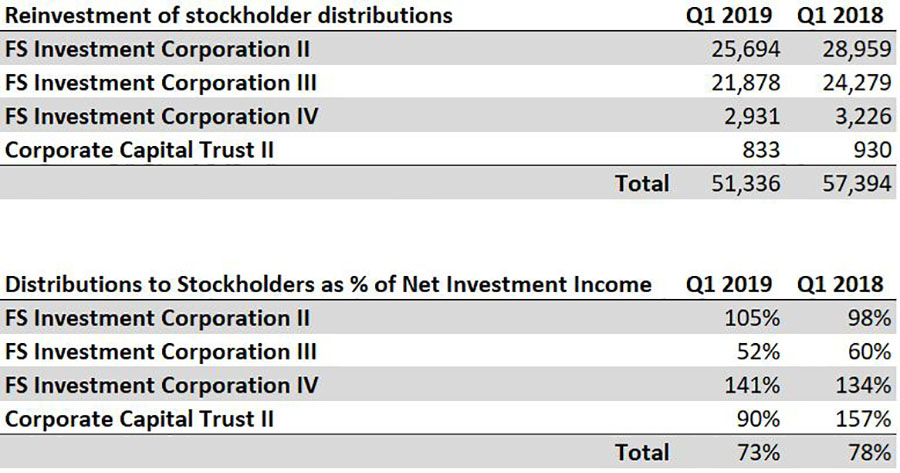 As of June 30, 2019, FS Investments has two Interval Funds raising equity that are open to new investors via public offerings. They are FS Credit Income Fund and FS Energy Total Return Fund. A third interval fund, FS Multi-Alternative Income Fund is open but is not publicly offered.

In a Post-Effective Amendment filed on July 16, 2019, FS Credit Income Fund updated its Prospectus for a continuous offering of up to $2 billion in five share classes, all priced at the current NAV plus applicable sales loads. The fund’s initial public offering was declared effective in January 2017 and as of April 30, 2019, had raised $152.5 million. It has a strategy of investing at least 80% of its assets in debt obligations. The securities acquired by the Fund are across a broad spectrum.

FS Energy Total Return Fund was declared effective in March 2017. As of April 30, 2019, the fund had raised just $49.5 million in its continuous offering. The Fund’s objective is to generate attractive total return consisting of current income and capital appreciation. It invests primarily in the equity and debt securities of natural resource companies, including those engaged in developing energy infrastructure and the acquisition, exploration, production, mining, processing, refining, transportation, storage, servicing and marketing of natural resources, including all forms of petroleum, coal, and renewable energy sources, as well as companies that provide equipment and services to companies engaged in the energy sector.

Several comparison benchmarks for FS Credit Income Fund are the returns on other bond and loan indices. These comparisons are shown in Table VI.

Benchmark comparisons for FS Energy Total Return Fund as of June 30, 2019, are in Table VII.

Risk metrics for the two Interval Funds for the trailing 12-month period ended April 30, 2019, are shown in Table VIII.

The performance of these Interval Funds for Class I shareholders with no loads appear to be favorable when compared to their selected benchmarks. However, the sales loads for Class A and Class T shares would severely impact the holding period returns for those shareholders and drop those returns adjusted for the loads below the returns of their respective benchmarks. Over longer holding periods, the effects of the loads become less impactful on total returns.

3. Blue Vault produces semi-annual reports on all active Interval Funds with more than $50 million in net assets and at least one fiscal year of operations.