CMBS Underwriting Practices Reveal Themselves in the Current Crisis

CMBS Underwriting Practices Reveal Themselves in the Current Crisis 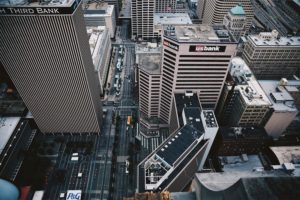 Warren Buffet is quoted as saying, “It’s only when the tide goes out that you learn who’s been swimming naked.” The following is abstracted and quoted from a recently published research paper by two authors at the University of Texas at Austin, which gives evidence that CMBS underwriters who have accepted estimates of property income that overstate historical income are more likely to appear on Watchlists or are non-performing. For example, loan originators who have overstated property income tend to be highly correlated with the proportion of loans that are non-performing or have been placed on a servicer’s Watchlist as of May 2020.  The researchers found that almost 30% of loans originated by originators with a history of high income overstatement are on a Watchlist in May 2020 relative to only 11% of loans by originators with low levels of past income overstatement.

The researchers used a sample of 39,522 CMBS loans with a market capitalization of $650 billion underwritten between January 1, 2013 and December 31, 2019 and examined the difference between income at the time of issuance and the first-year realized income.  They found that net operating income fell short of underwritten income by 5% or more in 28% of loans.  There were economically sizeable and persistent differences in income overstatement across loan originators, with some large and leading originators having over 40% of their loans exhibit 5% or greater income overstatement, compared to 20% of loans for more conscientious originators.  These persistent differences are not explained by the property types, vintage, MSA, or a host of observable loan characteristics including key underwriting ratios, interest rates, and underlying property characteristics.

The authors point out that packaging loans into CMBS contains several potential conflicts of interest.  The loan originators are not paid according to the loan’s future performance, but from fees and markups when the loan is sold as part of a securitization pool.  In normal economic times, the discipline of the market will mitigate this problem.  But, when true credit quality is only fully revealed during times of economic distress, the originators may have incentives to “burn their reputations.”

Interestingly, the evidence presented by the authors shows that loan originators are aware that there are unreported issues with some loans at the time of origination and charge borrowers higher interest rates to compensate for the increased risks.

The full research paper, "Is COVID Revealing a CMBS Virus?",  by John M. Griffin and Alex Priest at the University of Texas at Austin, McCombs School of Business, can be found at:  https://papers.ssrn.com/sol3/papers.cfm?abstract_id=3671162.