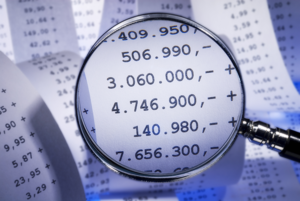 Looking at the fall in the one-month LIBOR rate over the past several months, REITs with a substantial portion of their debt financing at variable rates should stand to benefit by lower interest expense.  Shown below is the trend in the 3-month LIBOR rate since late December 2019. 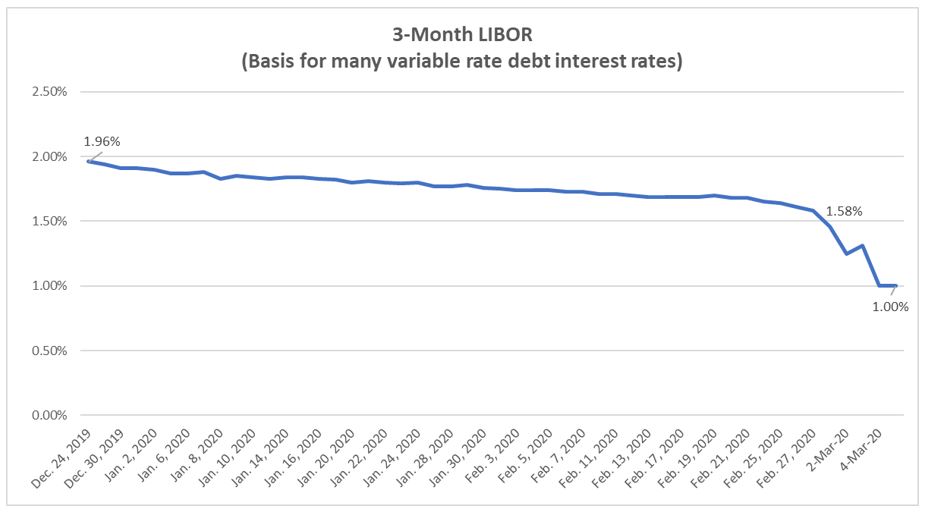 For example, a nontraded REIT with all its debt at variable rates tied to the 3-month LIBOR rate might typically have the contractual interest rate reported as “LIBOR + 2.00%.”  Using this example, a 100 bps drop in the LIBOR rate as we have observed since December 2019 would mean that the effective interest rate charged on the REIT’s variable rate debt would drop from approximately 4.00% annualized to 3.00% annualized. This would represent a reduction in interest expense for the debt of 25% when annualized, assuming the lower rate remains at that level for 12 months.

Those nontraded REITs that have a higher percentage of their debt at variable rates would benefit more from a drop in the reference rate for their debt. The greater the percentage of their debt at variable rates, and the lower the margin above the reference rate, the more the REIT could benefit from lower interest rate expense. In the above example, the margin of 2.00% plus LIBOR when LIBOR drops by 100 bps from 2.00% to 1.00% results in a 25% lowering of interest expense, other factors equal. If the margin above LIBOR is 3.00%, the resulting lowering of interest expense with the same drop in LIBOR is less, at 20%. Thus, the combination of the REIT’s percentage of debt at variable rates and the current weighted average interest rate on total debt can be used to estimate the savings in interest expense to be realized when the reference rate drops.

In the following plot, we illustrate a theoretical relationship between the percentage of debt at variable rates and the September 30, 2019, weighted average interest rates on the REITs’ debt as reported for nontraded REITs in the Q3 2019 NTR Review. The scatter plot shows the impact on the REITs’ weighted average interest rate on debt with a 100 bps reduction in the reference rate (3-month LIBOR for this example). 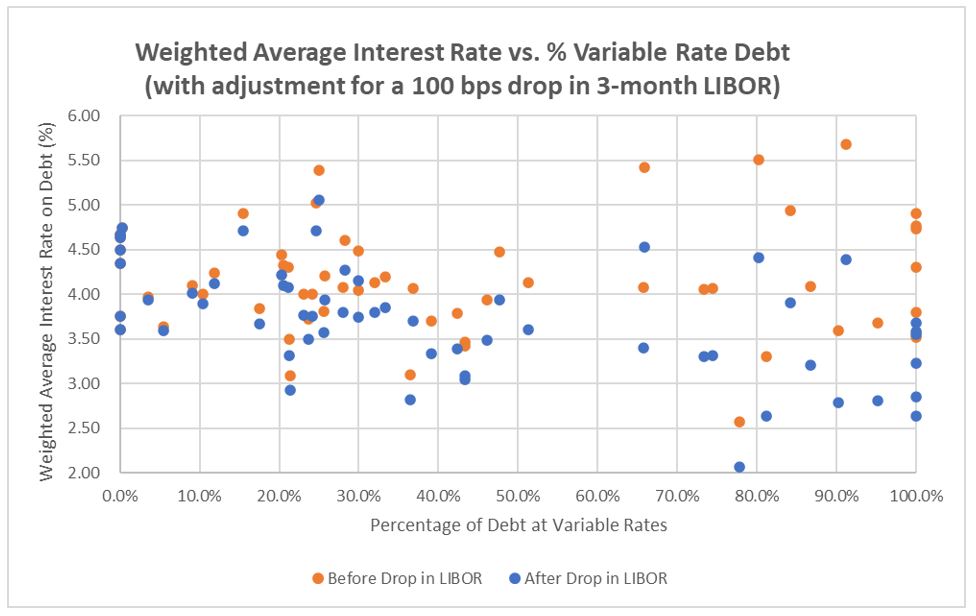 The greater the reliance on variable rate debt, the lower the REIT’s weighted average interest rate on its debt with the reduction in the reference rate. There is still a large amount of variability in the weighted average interest rate on debt for the REITs, depending upon a large number of factors including the portfolio asset types, the REIT’s creditworthiness and the maturity of the credit agreements. 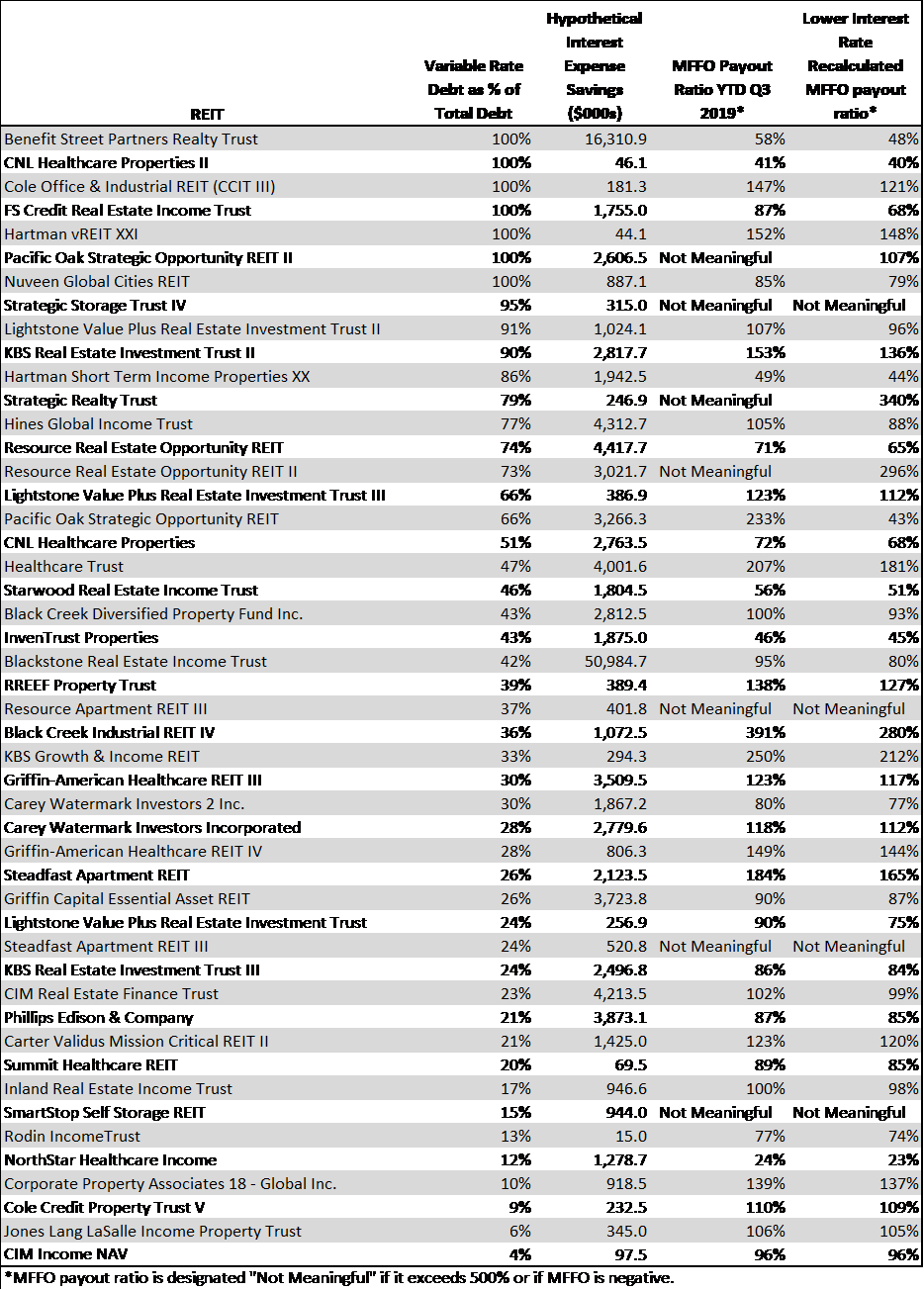 Going forward, interest expense will be less for nontraded REITs that utilize variable rate debt, if the rates on such debt is linked to LIBOR or other interest rate indices, and if rates remain below those that were typical in 2019. This article provides a hypothetical look at how much that reduction in interest rate expense might affect an important metric like MFFO, and a ratio we use to evaluate the ability of a REIT to cover its distributions, the MFFO payout ratio. The lower the MFFO payout ratio, other things equal, the more likely that a REIT can sustain its distribution rates.

Of course, there are many other factors that affect a REIT’s ability to pay distributions and sustain distribution rates. The rates that REITs pay on their variable rate debt can be an important one.