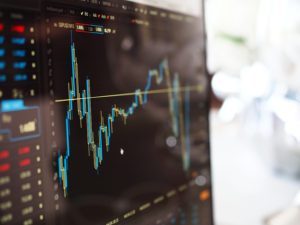 Blue Vault receives monthly capital raise totals for over 110 alternative asset programs. Among these alternative programs are four listed REITs that are raising capital via issuances of nontraded preferred stock. The significance of these offerings is shown in the amount of capital raised via nontraded preferred in the YTD totals for the four companies of over $250 million.

Preferred Stock as a Hybrid Security

Preferred stocks are unique among the many different types of financial instruments in that they have characteristics of both equity and debt. Technically they are classified as equity securities, but they share many of the qualities of debt instruments. They may be referred to as “hybrid securities” since they offer dividends like common stock but take preference to the common equity in both the payment of dividends and in the case of liquidation. However, preferred shares do not have priority over debt liabilities in the payment of dividends vs. interest due, or in the case of liquidation.

The preferred stocks issued by the listed REITs above often have warrants attached. The warrants give the holder of the preferred stock the right to purchase common stock of the REIT at a given price. The preferred stock owner can profit from the exercise of the warrants whenever the listed price of the common stock exceeds the exercise price of the warrant. For example, the Series A Cumulative Redeemable Preferred Stock issued by CIM Commercial Trust Corporation is offered in the form of units, with each unit consisting of (i) one share of Series A Preferred Stock with a stated value of $25 per share and (ii) one warrant to purchase 0.25 of a share of common stock. Each warrant is exercisable by the holder at an exercise price equal to a 15% premium to the applicable NAV of the common stock. The warrants are immediately detachable and are issued separately. The warrants are not exercisable until the first anniversary of the date of issuance and expire on the fifth anniversary of the date of issuance. A preferred shareholder would only find it profitable to exercise the warrants when the common stock is trading at a significant premium to NAV.

Why Listed REITs May Choose to Issue Nonlisted Preferred Shares

A company may choose to issue preferred stock for several reasons:

• Flexibility of payments – Preferred dividends may be suspended in case of corporate cash problems.

• Easier to market – The majority of preferred stock is bought and held by institutional investors, which may make it easier to market at the initial public offering.

• Institutions tend to invest in preferred stock because IRS rules allow U.S. corporations that pay corporate income taxes to exclude 70% of the dividend income they receive from their taxable income. This is known as the dividend received deduction, and it is the primary reason why investors in preferreds are often institutions. In the case of listed REITs, tax considerations may not be relevant due to the special treatment of REIT income in the tax code.

The following are different qualities or features of the preferred stock that are issued by listed REITs:

• Cumulative – Most preferred stock is cumulative, meaning that if the company withholds part, or all, of the expected dividends, these are considered dividends in arrears and must be paid before any other dividends. Preferred stocks that don’t carry the cumulative feature are called straight, or noncumulative, preferred.

• Callable or Redeemable – If preferred shares are redeemable, the issuer has the right to redeem the stock at a date and price specified in the prospectus.

• Convertible – The preferred may be convertible into the firm’s common stock. The timing for conversion and the conversion price specific to the individual issue will be laid out in the preferred stock’s prospectus.

• Participating – Preferred stock has a fixed dividend rate. If the company issues participating preferreds, those stocks gain the potential to earn more than their stated rate. The exact formula for participation will be found in the prospectus. Most preferreds are non-participating.

Preferreds are issued with a fixed par value and pay dividends based on a percentage of that par, usually at a fixed rate. Just like bonds, which also make fixed payments, the value of preferred shares is sensitive to changes in interest rates. The preferreds issued by the above listed REITs are not exchange listed and are therefore relatively illiquid investments and price discovery is not available to investors. If interest rates rise, the value of the preferred shares falls. If rates decline, the opposite would hold true. However, the relative move of preferred yields is usually less dramatic than that of bonds.

The liquidity preference is a stated value that the preferred stockholder is entitled to receive should the REIT liquidate its assets:  From a prospectus:  “Upon any voluntary or involuntary liquidation, dissolution or winding-up of our affairs, before any distribution or payment shall be made to holders of our Common Stock or any other class or series of capital stock ranking junior to our shares of Series A Preferred Stock, the holders of shares of Series A Preferred Stock are entitled to be paid out of our assets legally available for distribution to our stockholders, after payment or provision for our debts and other liabilities, a liquidation preference equal to the Series A Stated Value per share, plus accrued but unpaid dividends.”

Preferreds may technically have an unlimited life because they have no fixed maturity date, but they may be called by the issuer after a certain date. The motivation for the redemption is generally the same as for debt – a company calls in securities that pay higher rates than what the market is currently offering. The redemption price may be at a premium to par to enhance the preferred’s initial marketability.

Like mortgages, preferreds are senior to common stock. However, mortgage debts have more seniority than preferreds. The seniority of preferreds applies to both the distribution of corporate earnings (as dividends) and the liquidation of proceeds in case of bankruptcy. With preferreds, the investor is standing closer to the front of the line for payment than common shareholders, although not by much.

As with convertible bonds, preferreds can often be converted into the common stock of the issuing company. This feature gives investors flexibility, allowing them to lock in the fixed return from the preferred dividends and, potentially, to participate in the capital appreciation of the common stock.

Preferreds pay dividends. These are fixed dividends, normally for the life of the stock, but they must be declared by the company’s board of directors. As such, there are not the same legal guarantees that are provided to mortgage holders. With preferreds, if a REIT has a cash problem, the board of directors can decide to withhold preferred dividends. The debt contracts prevent companies from taking the same action on their mortgages. Due to the way REITs are treated differently than regular corporations in the tax code, the fact that preferred dividends are paid from a company’s after-tax profits is not relevant for REITs.

Computing current yields on preferreds is similar to the calculation on bonds where the annual dividend is divided by the price. For example, if a preferred stock is paying an annualized dividend of $1.75 and is currently trading in the market at $25, the current yield is: $1.75 ÷ $25 = .07, or 7.00%. However, with nonlisted preferreds issued by listed REITs, market prices are not available and yields can only be expressed as a percentage of the offering price or par value. In the traded market yields on preferreds are typically higher than the interest rates on debt for the same company, reflecting the higher risk the preferreds present for investors. Among the listed REITs offering preferred shares, the dividend yields must exceed the interest rates on the REIT’s mortgage debt, for example, due to the higher level of risk and the limited liquidity.