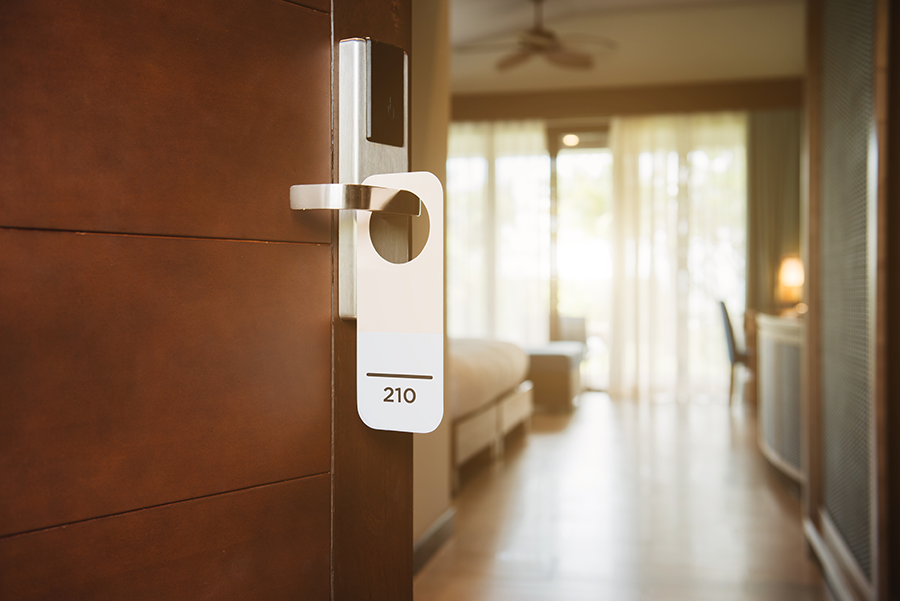 Business travel is finally making a comeback for the country’s largest hotel operators, and this resurgence, combined with increases in leisure travel, has these operators feeling confident enough to rapidly expand their portfolios through acquisitions and development.

Leisure travel began its comeback earlier, with people eager to return to their pre-pandemic plans, but business travel was slower to return, stymied by an uneven return-to-office push and the nature of conference planning, which requires long lead times.

But the latest financial statements for large hotel operators indicate the tide is beginning to turn.

At Hilton Worldwide, for example, business and group travel came roaring back in the second quarter of 2022, according to the company’s most recent earnings call, held last week.

“Growth was driven by continued strength in leisure demand through the start of the summer travel season, as well as stronger than expected recovery in business transient and group travel,” Hilton Chief Financial Officer and President of Global Development Kevin Jacobs said during the call, according to a company transcript.

Specifically for Hilton, weekday revenue per available room, or RevPAR, reached 95% of its 2019 level in the second quarter of this year. Weekday figures are considered a good barometer of business travel as they are less likely to reflect leisure trips.

Similarly, Wyndham Hotels & Resorts said that its business bookings were up 10% year-to-date, a figure the company expects to continue improving as a result of the Biden administration’s infrastructure bill, which will pump millions into projects across the country.

“Our brands are gaining their share on the weekends versus 2019, but they’re gaining more index during the weekday,” Wyndham President and CEO Geoffrey Ballotti said on his firm’s call, according to a company transcript. “There is so much good news out there coming in daily from our global sales offices, who are focused first and foremost on all of those companies contracting for the public work projects first.”

Expected projects like airport expansions across the Midwest and the associated room nights needed for workers are a tailwind for Wyndham headed into the fall, Ballotti said.

However, business travel relies heavily on corporate accounts, which Marriott International executives said have not yet returned to pre-pandemic levels.

“When we think about business transient demand, the small and medium-sized businesses, they are back,” Marriott CEO Anthony Capuano said, according to a Seeking Alpha transcript of his firm’s call. “They are back above 2019 levels of volume. The bigger corporate customers, they are not quite back yet. But even there, we continue to see steady improvement, albeit not necessarily as rapid as we might like.”

Marriott said small to midsized enterprise businesses make up 60% to 65% of its business transient demand, higher than before the pandemic.

Pebblebrook Hotel Trust expressed similar optimism with regard to business travel, which is growing faster than expected.

“The demand pickup in our urban markets, including business transient, in-house groups and citywide convention demand, materially strengthened in the second quarter,” Pebblebrook President and CEO said, according to a BusinessWire transcript of his company’s call. “These trends are continuing in the third quarter as rate growth achieves new records and we see the return of historical patterns of strong weekday demand from business travel continuing to recover.”

However, Bortz went on to say that business and international travel remain below 2019 levels, tempering the overall optimism seen in the second-quarter financials. But the soft spots in the reports are slight and often countered by positive news in other areas.

Pebblebrook, for example, noted a 5% decrease in its same-property RevPAR compared to its 2019 performance, but its average daily rate beat 2019 by 18.7%.

Marriott’s 68% occupancy for its international properties in the second quarter represents an increase of 16.7% over 2021, but a decrease of 7.1% compared to 2019.

And, with economic challenges looming in the form of high gas prices, inflation and a potential recession, as well as ongoing health and safety concerns in some parts of the world, the future is still unclear for the hospitality industry.

“Now reality is, again, we’re in an uncertain world,” Hilton President and CEO Christopher Nassetta said during the earnings call. “The booking windows are short, so our visibility is limited certainly on transient business.”

But the overall improved numbers and outlook motivated these companies to expand their portfolios, both through acquisition and development, with hundreds of thousands of new rooms expected in the coming months.

Pebblebrook, for example, acquired resort properties in Florida and Rhode Island and completed a $28M redevelopment on a San Francisco property. In total, the company completed $42.4M in capital improvements in the first six months of 2022.

And Marriott counted 203,300 rooms in its development pipeline in the second quarter while Wyndham grew its pipeline by 9% to a record 208,000 rooms.

Hilton also notched a record for its development queue, with 413,000 rooms in the works, roughly half of which are under construction. It also opened a luxury hotel named for its founder, the Conrad Los Angeles, and resort properties in destinations like the Maldives and Mexico.