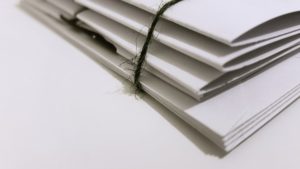 Blue Vault received February sales totals for 10 effective nontraded REIT program offerings as of March 15, 2021. Sales reported by those 10 NTRs totaled $120.85 million compared to $137.73 million for the same 10 reporting REITs in January, a decrease of $16.88 million, or 12.3%. Cantor Fitzgerald has yet to report the February sales for their two sponsored nontraded REITs. Cottonwood Communities did not have sales in February. Four additional nontraded REITs have previously suspended their offerings or did not report sales for February (Griffin Capital Essential Asset REIT, Hartman vREIT XXI, Moody National REIT II, and Strategic Storage Trust IV).

Black Creek Industrial REIT IV’s offering led the 10 reporting NTRs with sales of $33.52 million, down 10% from $37.23 million in January. Nuveen Global Cities REIT raised $30.52 million in February, up 248% from $8.78 million in January. Jones Lang LaSalle Income Property Trust raised $19.14 million, up 48% from January when it raised $12.95 million. All sales reported include distributions reinvested in shares of the REIT (DRIP).

Table I shows month-to-month comparisons for those REITs reporting sales for February 2021. 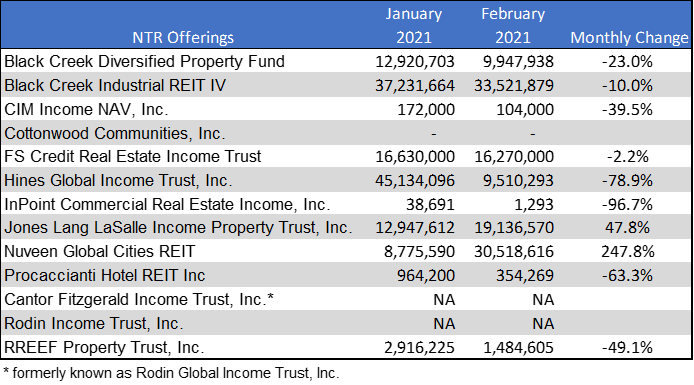 Table II shows February Y-O-Y comparisons for 17 nontraded REITs that have reported sales either in February 2020 or January 2021 or both. The only Y-O-Y increases among those REITs that were raising capital in January 2021 were for Black Creek Diversified Property Fund (up 1154%) and Nuveen Global Cities REIT (up 56%). 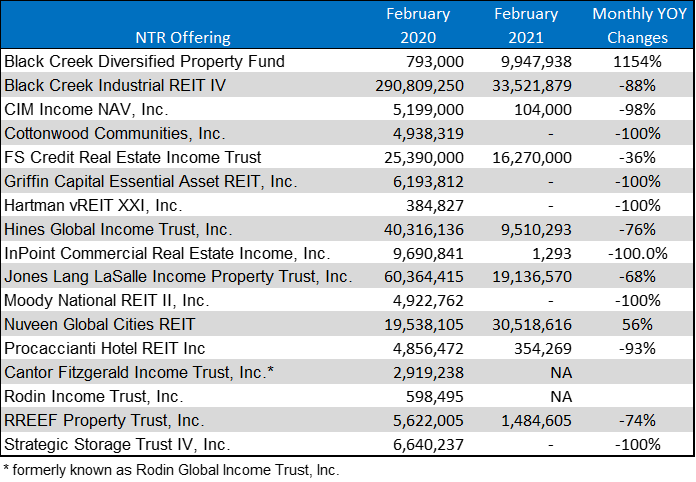