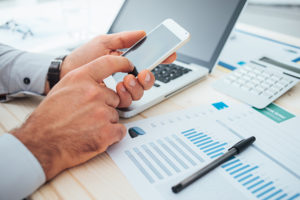 Blackstone REIT led the sector with $1.715 billion in capital raise in Q4 2020 for a 69% market share, having raised an estimated total of $21.639 billion since inception. Starwood REIT was next at $309 million for a 12.5% share. Black Creek Industrial REIT IV was third with $135.9 million raised in their offering and a 5.5% market share. Jones Lang LaSalle Income Property Trust ranked fourth at $90.0 million, followed by Hines Global Income Trust at $56.9 million. Combined, all 13 other NTRs raising capital totaled just $164.0 million, 6.6% of the industry total. 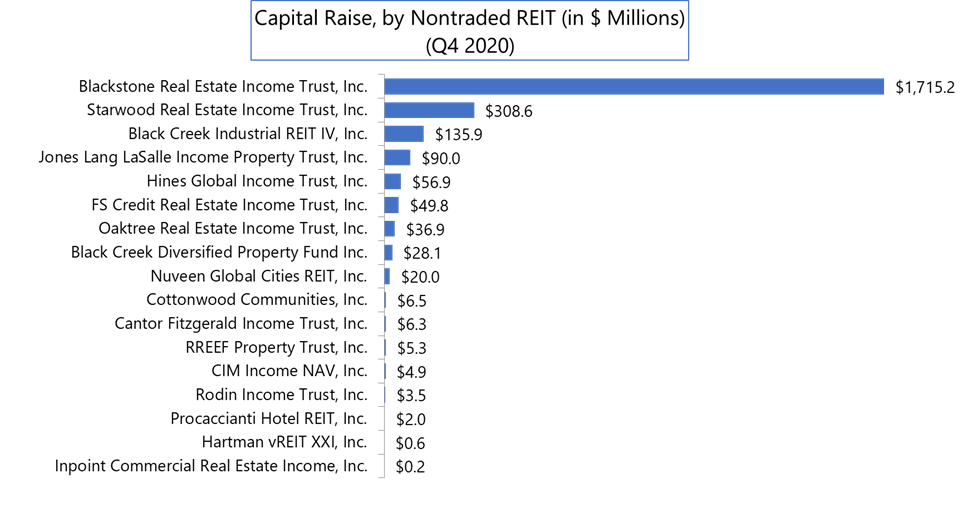 There were no full-cycle events in Q4 2020. However, there were two mergers of nontraded REITs completed in the quarter. In October, Pacific Oak Strategic Opportunity REITs I and II merged. In December, Cole Credit Property Trust V and Cole Office & Industrial REIT II merged with CIM Real Estate Finance Trust. Neither merger constituted a full-cycle liquidity event as they both involved shares for shares in the surviving REITs. The CIM Real Estate Finance Trust acquisitions in this report include those assets acquired through the merger.

On August 18, 2020, New York City REIT, Inc. listed on the NYSE (Ticker “NYC”) and had a closing price that day of $17.60 per share. This REIT will not have a full-liquidity event until the final tranche of shares convert to exchange-listed shares in August 2021.

Distribution yields for the 18 open nontraded REIT programs in Q4 2020 had a median value of 4.75%, with only two NTRs having suspended their distributions during the year. 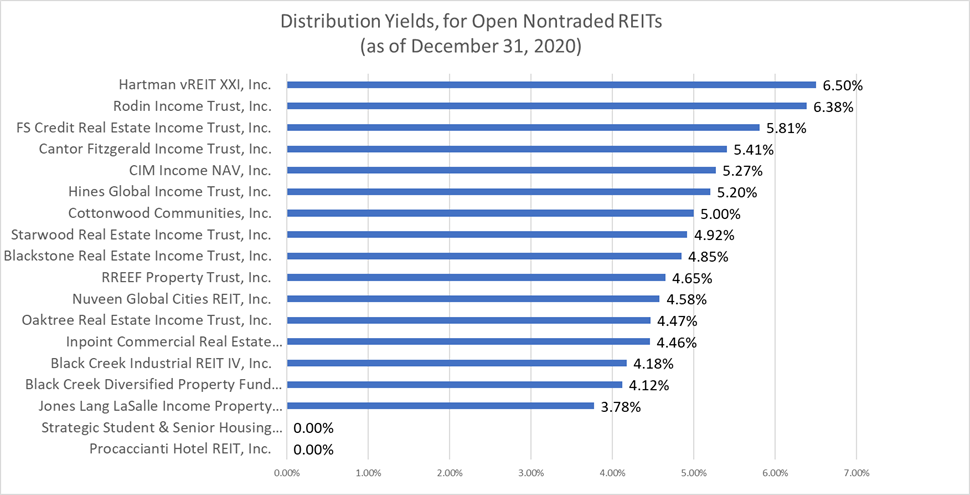 Among the closed nontraded REIT programs, the 16 REITs that were paying distributions had a median rate of 3.97% based upon their original offering prices, but 17 REITs had suspended their distributions as of December 31, 2020.

One of the selling points for continuously offered nontraded REITs is the lower volatility of the products’ returns when compared to publicly listed REITs.  This is illustrated in the median monthly returns for the REITs over the past 15 months as illustrated below. In only one month was the median return for the group in negative territory.

The impacts of the COVID-19 pandemic on the nontraded REITs sector is perhaps best illustrated by the changes in occupancy rates across the portfolios of the REITs.  In the table below, the impact upon those REITs with hospitality asset concentrations is clear. The three REITs with the largest drops in occupancy are those with hotel portfolios. Only five REITs had increases in their portfolio occupancies (SmartStop Self Storage REIT (+11.4%), Steadfast Apartment REIT (+2.1%), RREEF Property Trust (+0.8%), Corporate Property Associates 18 – Global (+0.7%) and Griffin-American Healthcare REIT IV (+0.3%). 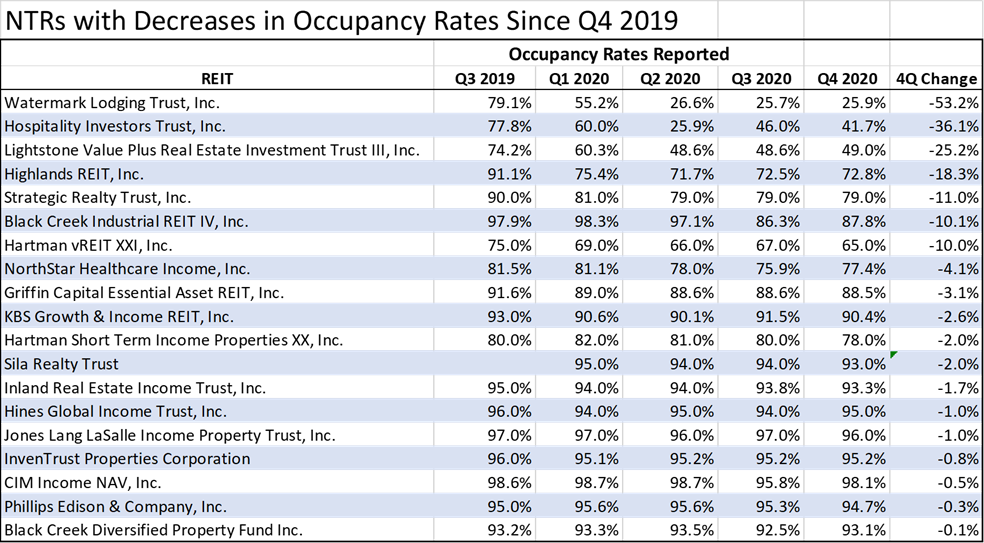