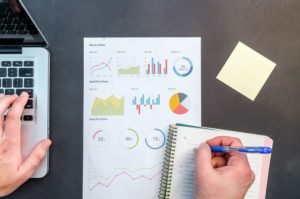 Table I shows month-to-month comparisons for those REITs reporting sales for June and May 2021.

Just one nontraded BDC was raising funds in June 2021 and reported sales to Blue Vault. Owl Rock Core Income Fund raised $70.95 million in June, up 55% from $45.77 million in May. Owl Rock Capital Corporation II closed its offering in April 2021 after sales of $17.46 that month. MacKenzie Realty Capital last reported nontraded BDC sales in October 2020 of $48,700 and closed its offering in December 2020. MacKenzie recently changed its legal structure to a nontraded REIT. Prospect Flexible Income Fund last reported sales for October 2020 of $25,000 and closed its offering in February 2021. The total capital raise reported for the only one nontraded BDC for June 2021 was $70.95 million, sponsored by Owl Rock Capital Advisors, compared to $71.96 million reported by their two BDCs for April 2021, a decrease of 1.4%.

On a quarterly basis, Owl Rock BDCs raised a four-quarter total of $331.37 million from Q3 2020 through Q2 2021.  Table III and the accompanying chart show quarterly totals for reporting nontraded BDCs. 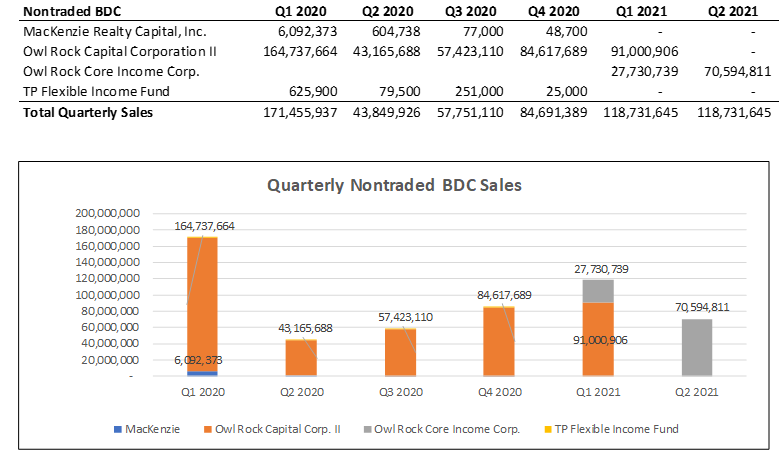 Blue Vault received sales reports for a total of 47 private placement investment programs. The total sales for those programs was $621.99 million in June, up from $399.40 million in May, reported by 47 programs. The June total was a 55.7% increase over the total sales for May, and up 48.3% from $419.32 million in April 2021. Inland Real Estate Investment Corporation with four programs was the leading sponsor among the 16 that reported private placement sales, with $168.58 million, followed by Peachtree Hotel Group with $139.54 million and NexPoint with $87.16 million. 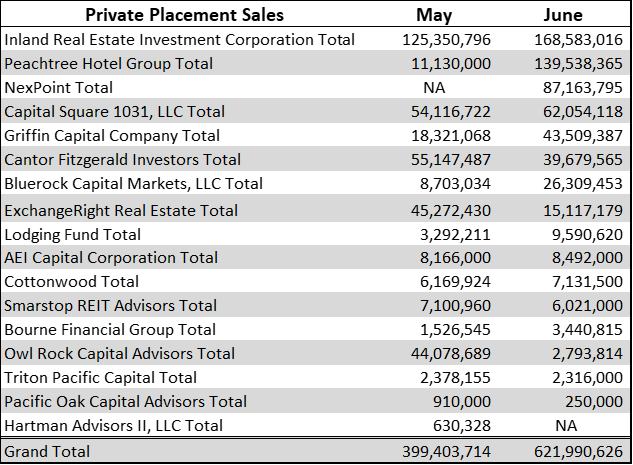