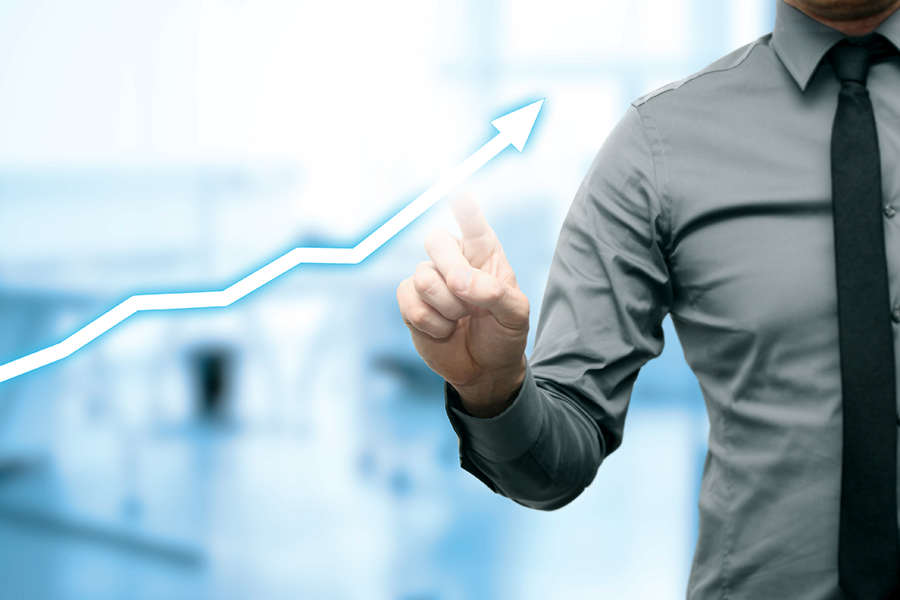 The non-traded REIT sector is on a blistering pace of fundraising. Capital inflows hit a record high of $36.5 billion last year, which is more than triple the $10.9 billion in capital raised in 2020, according to data from Robert A. Stanger & Co. Inc. The investment banking firm is forecasting an even bigger year ahead, and the market is off to a strong with $12.2 billion in capital raised during first quarter.

“There is no historical precedent in the non-traded REIT business for that type of capital raise,” says James Sprow, senior vice president, research at Blue Vault Partners. The previous annual fundraising record was $19.9 billion in 2013, according to Blue Vault.

“It’s a combination of the products being of a caliber that work and a desire on the part of individuals and financial advisors to increase the portion of alternatives in their portfolios,” says Zachary Vaughan, a managing partner at Brookfield Asset Management and CEO of Brookfield REIT. “So, it’s the same story that we’ve seen in the institutional world that is happening now in individual’s portfolios,” he says.

Performance also is providing a strong tailwind. Non-traded REIT products are designed for good, stable inflation-protected income with long-term NAV growth. According to Stanger, returns for the top 10 NAV REITs (without load) averaged 23.0 percent and ranged from a high of 30.2 percent to 13.8 percent.

Many of these non-traded REITs also have very low deviations as compared to other indexes such as the S&P 500, notes Sprow. “So, if you’re looking for risk-return trade-off, the continuously offered (NAV) REITs have done quite well,” he says. They have offered fairly consistent monthly returns, not as high as the S&P 500, but in terms of monthly variation, there is no comparison. There is very low risk compared to the listed market, he adds.

Recent fundraising growth also reflects the progress sponsors have made in expanding their sales channels with wirehouses, as well as RIAs and broker-dealers. Sponsors are devoting more resources to expanding sales channels to attract more retail investors to their platforms. For example, DWS Group is among a growing list of asset managers working to expand its retail sales channels. The company recently announced a new strategic investment in its Americas Alternatives distribution platform that would make its DWS RREEF Real Assets Fund more widely available to retail investors through broker-dealer, RIA and wirehouse channels.

Private wealth groups at the banks are responsible for a tremendous amount of capital, and those groups are becoming increasingly comfortable with non-traded REIT products. “That opens up a wide universe, because the adoption rate among financial advisors who utilize these products in their client portfolios is certainly not 100 percent. I would be shocked if it is even 30 percent,” says Vaughan. So, there is significantly more growth potential for non-traded REITs, especially as they demonstrate what they can deliver in terms of performance and risk-adjusted returns, he adds.

“Once exclusive to only institutional and ultra-high-net-worth investors, retail clients have grown more comfortable with these solutions,” agrees Jeff Carlin, senior managing director and head of U.S. Retail Distribution at Nuveen. Last year, Nuveen grew sales in its NAV REIT by 823 percent over 2020. Thus far in 2022, the average monthly run rate is up another 88 percent from 2021, and the firm expects that fundraising trend to continue. “As investors prepare income portfolios within a rapidly shifting environment, we believe most will continue to realize the benefit of real estate as an inflation hedge and allocate accordingly, supporting healthy fundraising for the remainder of the year,” says Carlin.

Specifically, Nuveen anticipates strong opportunity for growth across RIAs as most managers look to expand their syndicate alongside traditional wirehouse and IBD platforms. “This is a trend that we expect to elevate as more RIA firms partner with fintech providers in order to reduce the operational friction related to alternatives investing,” says Carlin.  In addition, client education around the asset class will be essential and firms with a broad distribution presence acting in a consultative manner will attract more market share, he says.  In terms of headwinds, generally speaking, the rapidly growing competitive landscape given recent asset manager M&A activity within the wealth channel will be something to watch over the course of 2022 and beyond, he adds.

Yet capital flowing to non-traded REITs is by no means evenly disbursed. Blackstone is dominating the market, grabbing $24.9 billion in 202—68 percent of total capital raised, according to Stanger. Starwood Capital Group trailed at a distant second with $6.3 billion. “Blackstone came into the non-traded REIT sector in 2018 in a big way looking for the retail investor and going through wirehouses and they have been very successful at it,” says Sprow. And while Starwood’s number pales compared to Blackstone, it is an “off the charts” number for the non-traded REIT industry, he says.

That fundraising momentum has continued in first quarter with Blackstone raising nearly $7.8 billion and Starwood $2.0 billion. Rounding out the top five are FS Investments at $512.0 million, Ares Management Corp. at $420.5 million and Nuveen at $347.5 million, according to Stanger.

Blackstone and Starwood also have benefited by the fact that they have not only been able to raise capital efficiently, but they can invest in portfolio-level investments. “The scale of their investments is so much larger than what some of these other guys can do,” says Sprow. For example, Blackstone was paying a premium over listing price for some of their acquisitions last year. However, because they are so big, they can get away with paying a premium and still give their shareholders pretty good monthly rates of return and increased NAV, notes Sprow. “I think economies of scale really play into that,” he says.

The challenge ahead for non-traded REIT sponsors is competing for attention in an increasingly crowded market with new players continuing to enter the market. According to Stanger, there is a “flurry” of sponsors exploring the NAV REIT space, and Apollo Realty Income Solutions Inc. recently registered a $5 billion NAV REIT that will likely commence fundraising in 2022.

Cantor Fitzgerald, Nuveen and KKR have all launched non-traded REIT products in the past five years. Others have gained a foothold in the market through acquisitions. For example, Ares Management Corp. acquired Black Creek Group in 2021. Brookfield Asset Management acquired a majority stake in Oaktree Capital Management in 2019, which allowed Brookfield to step into the firm’s dormant non-traded REIT. Brookfield is in the early stages of expanding that REIT. Brookfield announced in November that it had completed the transition of Oaktree Real Estate Income Trust to Brookfield Real Estate Income Trust Inc. and is now distributing Brookfield REIT through the Brookfield Oaktree Wealth Solutions platform.

“There isn’t unlimited shelf space. The distribution channels, the private wealth businesses of the banks, are becoming more selective about the products they want to make available to their advisors and, ultimately, their clients,” says Vaughan. “It is going to be increasingly hard for those that don’t have some very unique advantage to compete.”

Sponsors have to demonstrate to the financial advisors and sales channels why their product is different. That could drive growth of more sector specific products, such as Ares Industrial Real Estate Income Trust, which focuses on warehouses and logistics. “This is an area that is going to favor very skilled asset management groups that have the ability to invest capital at scale and do it in a way that really is different,” says Vaughan. “So, I think the industry will favor larger scale managers.”