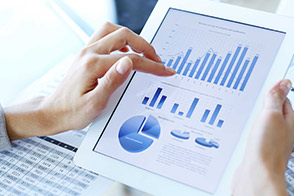 The recent September 8, 2020, announcement by Resource of merger agreements for Resource Opportunity REIT (REIT I), Resource Opportunity REIT II (REIT II) and Resource Apartment REIT III (REIT III) continues a trend among nontraded REIT sponsors to consolidate their REIT programs to improve scale and diversification, reduce overhead, improve access to capital and enhance opportunities for liquidity. Resource has also recently completed a self-administration transaction that acquired the advisory or management contracts for each of the three REITs, bringing the management team of 45 or so people from Resource to be eventually employed by the new REIT entity to be named “Resource REIT.” The merger transaction will be voted upon by shareholders in October and, upon approval, be closed around the end of December.

In the Resource case, the new REIT structure will have approximately $3 billion in assets, 15,000 apartments, 51 properties in 15 states. As Alan Feldman stated in a recent webinar, “This makes us a decent-sized REIT, one certainly of the size and scale that can be a well-traded public company.”

The announcement by Resource is just the latest instance of a merger between nontraded REITs with many of the same motivations:  increased scale and diversification, lower overhead, lower cost financing, and more attractive future liquidity options.

According to Michael Seton, CEO and President of Carter Validus Mission Critical REIT II, Inc. “We anticipate that the increased size and scale of CVMC REIT II will further enhance access to the capital markets and reduce the overall cost of debt capital.”

On August 6, 2019, Steadfast Apartment REIT (“STAR”), Steadfast Income REIT (“SIR”), and Steadfast Apartment REIT III (“STAR III”) entered into Agreements and Plans of Merger. On March 6, 2020, the mergers were consummated. Through the mergers, STAR acquired 36 multifamily properties with 10,166 apartment homes and a 10% interest in one unconsolidated joint venture that owned 20 multifamily properties with a total of 4,584 apartment homes, all of which had a gross real estate value of approximately $1.5 billion. At the effective time of the mergers, each issued and outstanding share of SIR and STAR III’s common stock (or a fraction thereof), was converted into 0.5934 and 1.430 shares of the Company’s common stock, respectively.

According to a press release, “While the merger does not provide a specific timeline relative to liquidity, Steadfast believes expanded capital sources and a larger, combined entity increase the potential liquidity opportunities that will be available.”

On October 22, 2019, Carey Watermark Investors 1 Incorporated (CWI 1) and Carey Watermark Investors 2 Incorporated (CWI 2) announced that the two companies had entered into a definitive merger agreement under which the two companies would merge in an all-stock transaction to create Watermark Lodging Trust (WLT), a $4.6 billion, internally-managed non-traded REIT with increased scale and operating efficiencies, positioning it for long-term value creation and liquidity, including a public listing or IPO. The merger was consummated on April 13, 2020, and an internalization of management occurred concurrently.   As of June 30, 2020, the REIT held ownership interests in 32 hotels, including two hotels recorded as equity interests.

According to a public filing:

“There are two primary benefits of creating an internal management team:

One is we will get a great team that already intimately knows our assets and they will become dedicated solely to the combined company. Second, the combined company will realize significant savings because all of the fees, participation and promotes go away.”

On February 19, 2020, Pacific Oak Strategic Opportunity REIT, Inc. (“POSOR I”) and Pacific Oak Strategic Opportunity REIT II, Inc. (“POSOR II”) announced that the companies have entered into a definitive agreement to merge in a stock-for-stock transaction, creating a combined company with approximately $2.6 billion in gross real estate and real estate-related assets. This increased scale will improve the portfolio’s diversification and should reduce risks, provide opportunities to optimize the portfolio and pursue higher-growth investments, strengthen the balance sheet and expand access to capital. Stockholders will vote on the merger on October 1, 2020.

As a result of certain economies of scale from the proposed merger, the REITs expect general and administrative expenses to decline as a percentage of net operating income and as a percentage of stockholders’ equity. The external advisor to POSOR I and POSOR II agreed to waive the receipt of acquisition fees and disposition fees in the merger. The mergers consummated and proposed among the 16 nontraded REITs listed above will reduce the total of nontraded REITs in the sector by ten.  The effects of the mergers, as described in the REITs’ public filings, should be to reduce costs, improve efficiencies, lower the cost of financing, and improve the prospects for future liquidity events, including public listings.  In interviews with other companies, the necessary scale for a nontraded REIT or private portfolio to list successfully and receive Wall Street analyst coverage is in the $4 billion to $5 billion total assets range. While two of the above REITs are already within that range, the others may find it more practical to merge with another listed REIT to give their shareholders a liquidity event.