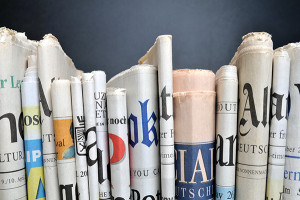 • An external investment advisory agreement between MCC and NexPoint which includes reductions in the annualized management fee and incentive fees, resulting in aggregate annual savings to the Company’s stockholders of approximately $5.7 million over the Company’s current fee arrangements.

• A $10 million payment from NexPoint to MCC upon execution of the investment advisory agreement which would represent the equivalent of a 5.7% increase of $0.18 on the per share market value of $3.22.

According to NexPoint, this proposal provides nearly $68.5 million of consideration that directly benefits MCC’s stockholders, including $10 million of immediate cash, $30 million in share purchases, and over $28.5 million of aggregate fee and expense savings over the next five years.

The Board’s prior refusals to engage with NexPoint were denounced by the Court of Chancery of the State of Delaware on March 11, 2019, where it issued an opinion that found the Board of MCC violated its fiduciary duties for its failure to negotiate with NexPoint, among other reasons.  NexPoint believes the Special Committee can still act in the best interest of stockholders and fulfill its fiduciary duties by considering the enhanced proposal.

On March 29, 2019, MCC, Sierra Income Corporation (“Sierra”), and Medley Management, Inc. (“MDLY”) each announced that their respective Special Meetings of Shareholders held earlier in the same day in connection with MCC’s proposed merger with Sierra and Sierra’s concurrent acquisition of MDLY were convened and adjourned without any business being conducted other than the adjournment. Each meeting was rescheduled for April 19, 2019.