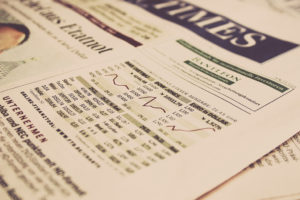 Following the announcement that Medley Capital Corporation (“MCC”) and Sierra Income Corporation (“Sierra”) have declined the alternative merger proposal submitted by NexPoint Advisors, L.P. (“NexPoint”), NexPoint announced significant concerns about the corporate governance of both MCC and Sierra as it relates to the independence of the boards of MCC and Sierra.

Both MCC and Sierra boards employ independent directors whose responsibility lies with representing the interests of their respective shareholders. Both boards, however, have supported the proposed merger involving Medley Management Inc. (“MDLY”), which favors MDLY management over MCC and Sierra stockholders, while also deciding not to pursue any of the stockholder benefits in NexPoint’s proposal. NexPoint points out that the boards refused to engage in discussions about NexPoint’s proposal, despite their willingness to negotiate on all proposal terms.

NexPoint finds several issues with recent announcements made from MDLY, MCC, and Sierra, claiming their public communications contain deficient explanations. The joint statement issued on February 5, 2019, announced the need to adjourn the February 8, 2019, special meetings of shareholders to early March due to the U.S. government shutdown. NexPoint claims this statement to be disingenuous because the shutdown ended almost two weeks ago on January 25, 2019, and the government review/approvals are related to conditions preceding the closing, not to shareholder approval. They go on to state that recommendations against the merger by Institutional Shareholder Services and Glass Lewis, along with opposition from many of the largest stockholders, suggest that it was unlikely the required vote would be obtained at the February 8 meeting. NexPoint believes the adjournment is a tactic used by insiders in the face of their flawed merger proposal and will provide them a time to regroup and identify a path forward.

In a joint statement issued February 6, 2019, MCC and Sierra announced that their respective boards had “unanimously and independently determined to decline to pursue the unsolicited proposal put forth by NexPoint,” based on a “rigorous and thorough review, consistent with their fiduciary duties” and “in consultation with their respective independent legal and financial advisors.” NexPoint finds fault with statements as neither committee made any attempt to communicate with NexPoint regarding its proposals, particularly since NexPoint expressed to the boards their willingness to consider other terms or assets to proceed with their proposal. NexPoint finds it unlikely that the independent legal and financial advisors to Sierra and MCC recommended they ignore NexPoint’s proposal, especially since two independent proxy advisory firms recommended that stockholders vote against the merger following the emergence of the NexPoint proposal.

NexPoint stands by its claim that its merger proposal is superior to the original merger proposal involving MDLY. Following the claim that their $225 million in incremental value is misleading, NexPoint disclosed the exact calculation of the value in a press release dated February 5, 2019. MCC and Sierra have not provided any data refuting their calculation.