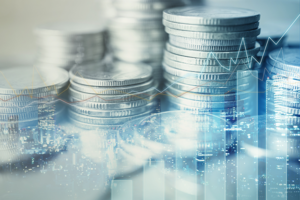 The proposed merger of Carter Validus Mission Critical REIT (“REIT I”) into Carter Validus Mission Critical REIT II (“REIT II”) was announced on April 11, 2019. The terms of the merger would give stockholders in REIT I the right to receive $1.00 in cash and 0.4681 shares of REIT II Class A common stock for each share of REIT I common stock. These terms are based upon the $9.25 estimated NAV for REIT II as of June 30, 2018, and the $5.33 estimated NAV per share of REIT I, as of the same date.

Blue Vault discussed the merger proposal with Michael Seton, CEO of REIT I and REIT II, to gain insight into the strategy pursued by the boards and management of REIT I and II. We were interested in both the determination of the proposed exchange value for REIT I shares and the longer-term strategy for REIT II regarding a future liquidity event.

The determination of the proposed exchange value of REIT I shares was based upon the NAVs per share as of June 30, 2018. Those values were reviewed and analyzed by independent financial advisors, both in terms of the values and the forms of compensation. REIT II, as the acquiror, decided to pay in both cash and shares of REIT II to maintain a strong balance sheet. When asked, Seton said the June 30, 2018, relative per share NAVs for REIT I and REIT II were determined to be consistent by the independent financial advisors as of the merger agreement execution date, making the ratio of REIT II Class A common shares to be exchanged for REIT I common shares a fair value for both groups of REIT stockholders.

Seton identified several possible liquidity avenues going forward for REIT II. They were:  1) sale of one of the two distinct portfolios, either data center or healthcare, and listing the other portfolio on a national exchange, 2) sale of the entire company to one buyer, 3) sale of each of the two distinct property portfolios of healthcare assets and data centers to separate buyers, or 4) listing the portfolios individually as separate stand-alone publicly traded companies as a healthcare REIT and a data center REIT.

Blue Vault asked Seton how the financial advisors were reacting to the partial liquidation of REIT I and the merger with REIT II that extends the holding period until full liquidity for REIT I stockholders. Seton said the vast majority of feedback from financial advisors is positive, with a heightened sensitivity to nontraded REIT sponsors doing the right thing for stockholders. Advisors seem to understand the timing of the data center sales and the advantages that will accrue with the merger and creation of a larger REIT, and they like the reduction in fees associated with the merger.

Anticipated Benefits of the Merger

The proposed transaction is anticipated to provide several benefits to stockholders of both REIT I and REIT II including the following:

•  The increased size and scale of the combined company is expected to increase access to capital and reduce the overall cost of capital to stockholders.

•  The combined company will have an enhanced portfolio profile, with increased diversification of asset type within the healthcare segment and reduced tenant and geographic concentrations. The resulting asset mix will focus on outpatient and medical office building / integrated medical office properties, which benefit from more favorable healthcare reimbursement trends.

•  The combined company will experience reduced expenses as a result of the merger. General and administrative expenses will be reduced due to the elimination of duplicative efforts. The asset management fee for stockholders of REIT I will drop from its current annualized rate of 85 bps to the new annualized rate of 75 bps. Additionally, in conjunction with the consummation of the merger, REIT I’s advisor agreed to waive the disposition fee it would otherwise receive in connection with the merger transaction and REIT II and the REIT II advisor amended their advisory agreement to increase the stockholder return threshold to an 8% cumulative return prior to the REIT II advisor receiving any distribution of net sales proceeds.

Implications for a Future Liquidity Event

Blue Vault asked about the desirability of the dual asset type approach followed by both REIT I and REIT II with data center assets and health care assets. Seton acknowledged that listed REIT analysts prefer a “pure play” REIT and investors diversify their own allocations across REIT asset types. This relates to Seton’s alternative liquidity strategies mentioned above, particularly selling the data center and healthcare portfolios separately or listing them as separate companies.

The Merger Vote and the Proposed Company

A “go-shop” period was included in the proposed merger, giving REIT I 45 days to solicit superior proposals. Moelis & Company, as financial advisor to REIT I’s Special Committee, contacted 28 third parties prior to the “go-shop” period end time, four of which executed confidentiality agreements. None of the third parties contacted provided the Company with a proposal or alternative acquisition offer.

REIT II has obtained fully committed financing from SunTrust Bank and KeyBank to ensure that all necessary capital will be available to fund the transaction.

In anticipation of the merger, REIT I suspended its distribution reinvestment program in April 2019 and will make all distributions in cash until the transaction is closed.

In October 2017, REIT I entered into an agreement for the sale of a 14-property portfolio of data centers for approximately $750 million that was completed in December 2017.

While the majority of the REIT’s investments have been successful, two healthcare properties were challenging.

Blue Vault has reported in the past on challenges faced by REIT I with two healthcare tenants who experienced financial difficulty. REIT I had provided development financing to the Bay Area Regional Medical Center in Webster, Texas, which was new in 2014. Because the tenant was not part of a larger system, it couldn’t benefit from the captured volume of multiple facilities. Within a few months of that tenant filing bankruptcy, REIT I was able to get a letter of intent from the University of Texas and a signed tenant occupied within 120 days. Looking back, Seton said, the “decision was right on the real estate, however, the changing healthcare landscape, including pressure from managed care companies on reimbursements, presented our tenant with insurmountable challenges making tenant profitability virtually impossible.” Ultimately, with the new tenant, the value was preserved.

Another health care property owned by REIT I went “dark” when the Miami International Medical Center shut its doors in 2017. REIT I was able to sell the property in December 2017 for $88 million, recording an impairment loss of $5.9 million – relatively small when taking into account the overall balance sheet and equity of REIT I.