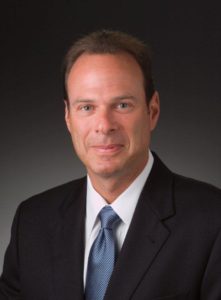 Mr. Schwaber serves as the Chief Executive Officer of Bluerock Capital Markets and oversees the company’s capital markets, securities sales and distribution operations. As a 34-year veteran of the securities industry, Jeff brings a wealth of executive-level experience to Bluerock.

Jeff’s diverse career accomplishments include senior executive roles in several key areas of the investment and securities industries. Prior to joining Bluerock, Jeff previously served as President and Head of Distribution for Griffin Capital and EVP and Head of Distribution for Behringer Harvard, two leading industry companies. Since 2003, Jeff has overseen the equity raise of over $14 Billion, making him one of the most successful and highest capital raising executives in the history of the direct investment industry. He was also both the former President and Chief Operating Officer of a publicly-listed NASDAQ corporation, and a Senior Vice President of Houlihan, Lokey, Howard and Zukin, an M & A and valuation leader in investment banking, giving him unique perspective into the inside world of public capital markets and corporate finance.

Early in his career Jeff served as the National Sales Director and Head of Capital Markets for the largest independent major motion picture finance company in the world exclusively financing both Warner Bros. and MGM/United Artists films including such mega hits and Academy Award winning films as Rainman, Moonstruck, The Color Purple, A Fish Called Wanda, Thelma and Louise, The Killing Fields, James Bond Licence to Kill, Rocky V and others.

Blue Vault recently had the opportunity to speak with Jeffrey Schwaber, CEO of Bluerock Capital Markets, the dealer manager for offerings sponsored by Bluerock Real Estate, to find out more about the company’s parabolic success at capital raising, what it takes to be an effective leader, and what the future may look like for Bluerock’s sales distribution.

Capital Raise Success
Schwaber believes that, aside from many contributing components of buildout and execution, Bluerock has done exceptionally well in raising capital as a result of quality investment products that have performed well. “Capital tends to follow performance, and we have delivered attractive risk-adjusted returns to our investors for extended periods of time. You have to deliver what you say you will deliver to earn the trust and business of the financial advisory community,” he says. 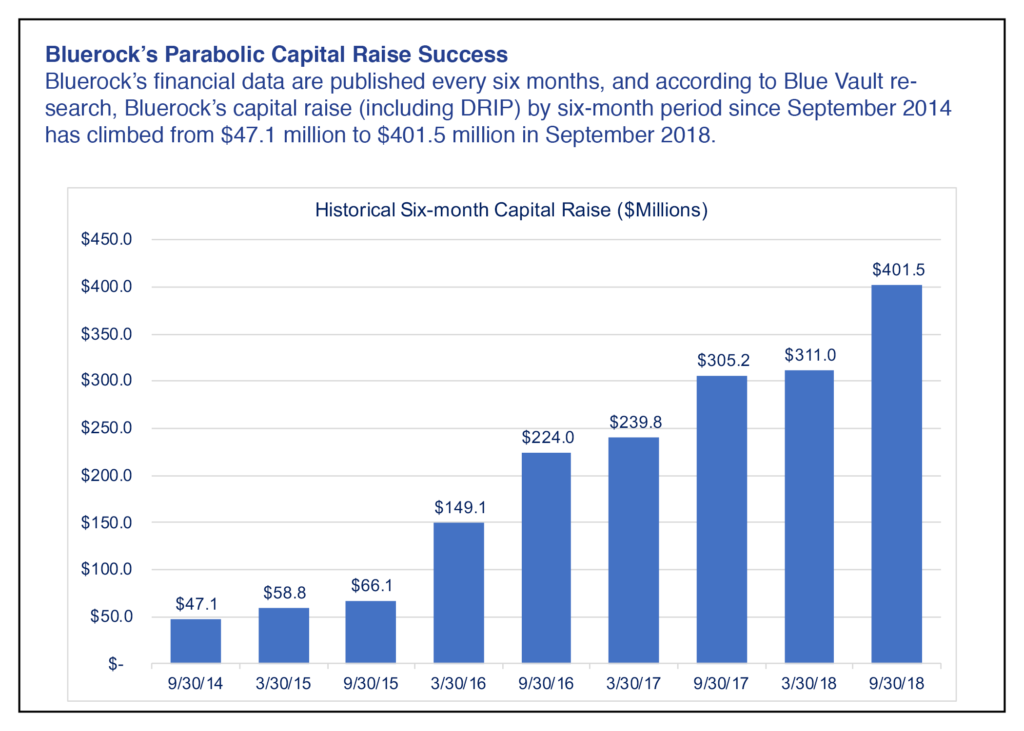 In fact, the net asset value (NAV) for Bluerock’s Total Income+ Real Estate Fund has increased by approximately 20% since inception, not including the payment of consistent distributions. When asked how this was achieved, Schwaber says that a combination of the Fund’s hard-working senior management and portfolio management teams, as well as the strength of its sub-advisory partnerships have resulted in significant peer fund group outperformance. “We’ve been successful in our public and private holdings weightings, manager selection, manager weighting, sector weighting, and tilts toward outperforming sectors. As a result, we’ve experienced lower volatility, highest Sharpe ratio, very low drawdown and correlation, and industry leading absolute and risk adjusted returns,” he says.

Schwaber notes that a capital preservation approach is a common thread through all of Bluerock’s products, which is attractive to investors. A focus on quality and properly managing risk is key.

Talent at the Table
With an extensive background in successfully raising capital at three well-known sponsors, Schwaber is considered by many to be the leading industry veteran with more than $14 billion of capital raised just since 2003 when he returned to a head of distribution role.  When asked what he considered to be the keys to success, he is clear that fostering a people-oriented environment and having management-level people who are accessible is very important. “First, you cannot hide in an ivory tower if you’re a CEO, President, or Head of Distribution. I have always been highly engaged with my teams and that ‘vertical interaction turned horizontal’ has helped us build strong teams and a culture of respect, new ideas, decisiveness, and positive synergy,” he explains. “I think it’s critical in my position to be an informational conduit between the Main Street and Wall Street sides of our business.”

Bluerock’s securities professionals are expected to be more than just product salespeople. They must have a consummate understanding of the real estate and general capital markets. “Successful distribution is a highly intensive and complicated process that requires a clear plan of execution,” Schwaber says. “When you have the total engagement of senior management, an all-star veteran distribution team, and great product solutions, capital tends to follow.” He notes that the most successful sponsors are great partners who bring a ‘value-add’ component to the advisor relationship that stretches far beyond products.

Bluerock’s Unique Investment Products
Bluerock was among the first sponsors to bring interval funds, preferred stock offerings, and other innovations to market.

Schwaber says launching an interval fund was an important step because, “having a true institutional solution in a ‘40 Act structure was long overdue. It provided an answer for virtually every relevant investor concern including load, share class optionality, frequency of mark to market, a fee-based advisory solution, and others,” he explains. “With the advent of FINRA Notice to Members 15-02, the consideration of the DOL fiduciary rule, and industry and investor sentiment towards the vagaries and structural deficiencies of direct investments, our timing was perfect.”

Bluerock is one of the few sponsors providing a non-traded preferred stock option to its NYSE American-listed REIT.  Schwaber noted several reasons for this product including offering investors a senior position within the REIT’s capital stack and enhanced liquidity options resulting from shareholders’ ability to redeem for cash or publicly listed common shares.  “Investors are starving for stable income but more importantly, in the wake of inevitable rising interest rates, an income solution that is not affected by the negative pricing impact that occurs with a traditional fixed income product in a rising rate environment”, Schwaber said.  “We believe the preferred stock product further addresses many of the perceived negative features of classic DPPs, including a large existing portfolio of Class A apartment properties, dividend coverage and access to immediate liquidity”, Schwaber notes.

Schwaber says that having a multi-product platform for broker-dealers is a huge advantage. “Independent and wealth advisors are asset allocators.  An institutional sponsor provides a variety of solutions to meet the needs of today’s investors whereas syndicators tend to be one-trick ponies. Some clients are just seeking an income solution insulated from the inevitability of rising rates, while others are seeking a total return in order to fight purchasing power risk,” he says. “Our founders were hyper-dedicated to providing advisors access to highly institutional strategies previously only available to the largest pension funds, endowments, and sovereign funds. The slow death of defined benefit plans and the steep rise of defined contribution plans took that away from the average investor.”

Growth on the Horizon
Schwaber says that Bluerock will continue to expand its reach into different channels as the company remains malleable to the ever-changing distribution environment. “We recently completed the buildout of a dedicated Private Wealth, RIA/Family Office division with professionals who have lived, eaten, and breathed that space for many years with great capital raise success. We are expecting substantial growth in that channel,” he says. “We also will soon be announcing partnerships with multiple regional member firms, and we are currently working our expansion into the major wirehouses. We also have a dedicated bank channel distribution platform that is resulting in solid flows. We expect that to expand significantly in the next one to two years.”

When asked how the 1031 industry is doing today, Schwaber paints a vibrant picture given that a lot of highly appreciated real estate is trading. “We have consistently fully subscribed our offerings in very short order. We generally bring to market Class-A institutional quality multifamily assets in high-growth stabilized markets. I see a pretty substantial runway for strength in the 1031 business for the foreseeable future,” he says.

Schwaber concludes by saying that Bluerock’s corporate culture is his favorite attribute about the company. “There is a ‘Tiffany’ pedigree about Bluerock that is very rare in the investment management business. We are steadfast and intense protectors of the capital that has been entrusted to us and strive to deliver stability and performance to our clients and the industry. At Bluerock we place a very high value on intellectual capital.  We are both tacticians and strategists with an investor-first mentality. One of my favorite expressions is that ‘in business, you either have a strategy or you have a bet.’ If advisors were privy to the intensive closed-door management strategy meetings we host frequently, their confidence in Bluerock would escalate even higher than that which we’ve earned to date,” he notes.