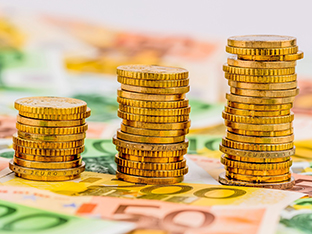 January 5, 2017 | By James Sprow | Blue Vault
Blackstone Real Estate Income Trust, Inc. announced on January 4 that it has broken escrow with approximately $279 million in net proceeds for its continuous public offering. As of January 1, 2017, the Company had issued and sold 27,859,345 shares of its common stock in the offering. The Company intends to continue selling shares in the offering on a monthly basis.

The Company had issued and sold 23,763,345 Class S shares and 4,096,000 Class I shares. No Class T or Class D shares had been issued as of January 1, 2017. The escrow agent released net proceeds of approximately $279 million to the Company as payment for those shares.

Blackstone Real Estate Income Trust, Inc. is a public non-traded real estate investment trust (REIT) focused on investing primarily in stabilized income-oriented commercial real estate in the United States. The Company is headquartered in New York City and is externally managed by BX REIT Advisors L.L.C., a subsidiary of Blackstone. Further information is available at www.bxreit.com. The IPO was declared effective by the SEC on August 31, 2016.

The Company has registered with the SEC an offering of up to $5,000,000,000 in shares of common stock, consisting of up to $4,000,000,000 in shares in its primary offering and up to $1,000,000,000 in shares pursuant to its distribution reinvestment plan. The Company intends to sell any combination of four classes of shares of its common stock, Class T shares, Class S shares, Class D shares and Class I shares, with a dollar value up to the maximum offering amount. The share classes have different upfront selling commissions and ongoing stockholder servicing fees. Until the release of proceeds from escrow, the per share purchase price for shares of the Company’s common stock in its primary offering was $10.00 per share plus applicable upfront selling commissions and dealer manager fees. Hereafter, the purchase price per share for each class of common stock will vary and will generally equal the Company’s prior month’s net asset value (“NAV”) per share, as calculated monthly, plus applicable upfront selling commissions and dealer manager fees.

Blackstone (NYSE:BX) is one of the world’s leading investment firms. Blackstone’s asset management businesses, with over $360 billion in assets under management, include investment vehicles focused on private equity, real estate, public debt and equity, non-investment grade credit, real assets and secondary funds, all on a global basis. Further information is available at www.blackstone.com.