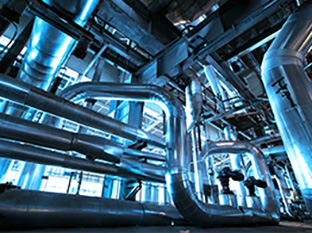 DENVER, Oct. 14, 2016 (GLOBE NEWSWIRE) — Industrial Property Trust Inc. (“IPT”), an industrial real estate investment trust that owns and operates distribution warehouses throughout the United States, announced today that, during the third quarter of 2016, it had acquired, either directly or through its 20% ownership interest in a joint venture partnership, 18 industrial buildings totaling 3.9 million square feet, located in 10 markets throughout the United States, for an aggregate purchase price of approximately $280.7 million.

“We expanded our presence in our top tier, supply-constrained markets during the quarter,” said Dwight Merriman, Chief Executive Officer of IPT. “We continue to progress towards building a high quality, national industrial property operating platform, and are benefiting from strong property and market-level fundamentals.”

About Industrial Property Trust Inc.
IPT is focused on acquiring, developing, and managing high-quality distribution warehouses that are leased to corporate customers. IPT’s core strategy is to build a national industrial property operating platform by targeting markets that have high barriers to entry, proximity to a large demographic base, and/or access to major distribution hubs. IPT has operated and elected to be treated as a real estate investment trust (“REIT”) for U.S. federal income tax purposes, commencing with the taxable year that ended on December 31, 2013, and IPT intends to continue to operate in accordance with the requirements for qualification as a REIT.

This press release contains forward-looking statements, such as statements concerning IPT’s further acquisition of industrial properties, that are based on IPT’s current expectations, plans, estimates, assumptions and beliefs that involve numerous risks and uncertainties, including, without limitation, IPT’s ability to consummate additional acquisitions and otherwise execute on its investment strategy, the availability of affordable financing, IPT’s ability to identify and time investments that will generate attractive returns for investors, customers’ ability to continue to comply with the terms of their leases, and those risks set forth in IPT’s Annual Report on Form 10-K for the year ended December 31, 2015 filed with the Securities and Exchange Commission (the “SEC”) on March 10, 2016, as amended or supplemented by IPT’s other filings with the SEC (available at www.sec.gov). Any of these statements could be inaccurate, and actual events or IPT’s investments and results of operations could differ materially from those expressed or implied. To the extent that IPT’s assumptions differ from actual results, IPT’s ability to meet such forward-looking statements, including its ability to consummate additional acquisitions and financings, to invest in a diversified portfolio of high-quality real estate investments, and to generate attractive returns for investors, may be significantly hindered. You are cautioned not to place undue reliance on any forward-looking statements. IPT cannot assure you that it will attain its investment objectives.