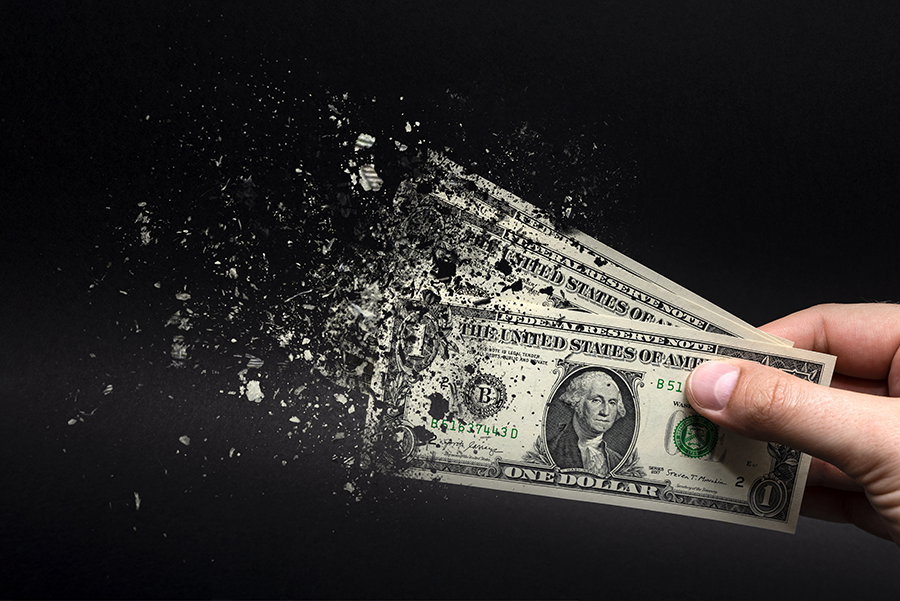 Inflation is a symptom of an unhealthy economy, but it is not the only symptom. One can look for other symptoms of the economy’s health for clues about what inflation trends may be after the pandemic eases. This is just like a doctor who, when diagnosing a patient, wants to examine aspects of health beyond temperature and blood pressure. What other “vital signs” of the economy should we check? There are many other symptoms of an unhealthy economy beyond high inflation; the more of these other symptoms that one sees, the more worrisome the economic outlook. In contrast, a failure to find the other troubles that typically occur during inflationary periods would suggest one can be more optimistic about the future.

To preview our findings, examining other vital signs of the economy finds few of the weaknesses that characterized past inflationary periods, suggesting a favorable outlook for the economy (and for REITs) in 2022.

First, a look at where we are today.

Inflation rose sharply in 2021 to the highest rate since the early 1980s. The initial stages of this rise in inflation were driven largely by a few components of the CPI that faced severe supply chain constraints due to the pandemic, including used cars and new cars. In addition, the comparison of prices in 2021 to the early months of the pandemic in 2020, when demand was quite weak and many prices were falling, boosted the 12-month change in inflation (this “base period effect” can be illustrated by prices of hotels and motels, which declined by double digits in 2020 but then jumped 27.6% in 2021). These early price rises were widely described as “transitory”, including by Federal Reserve officials responsible for maintaining price stability.