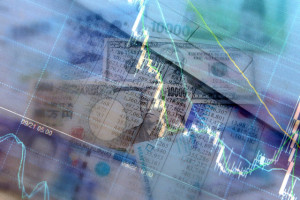 The new estimated value per share reflects adjustments to the REIT’s September 30, 2019 net asset value to give effect to (i) the October 23, 2019 authorization of a special dividend of $0.80 per share on the outstanding shares of common stock of the REIT to the stockholders of record as of the close of business on November 4, 2019 (the “Special Dividend”) and (ii) the change in the estimated value of the REIT’s investment in units of Prime US REIT as of December 3, 2019.

The estimated value per share did not include an enterprise (portfolio) premium or discount. Consideration was given to any potential subordinated participation in cash flows that would be due to the Advisor in a hypothetical liquidation if the required stockholder return thresholds are met. The Advisor estimated the fair value of this liability to be $29.8 million or $0.17 per share as of the valuation date and included the impact of this liability in its calculation of the estimated value per share.

The letter to shareholders stated, that excluding the impact of the Special Dividend, the estimated value per share of common stock would be $12.45, a 3.5% increase over the $12.02 estimated value approved on December 3, 2018. This increase in value is in addition to annualized monthly distributions paid of $0.65 per share.

The effective increase in value (excluding the impact of the Special Dividend) was primarily driven by an increase in the total appraised value of the REIT’s real estate properties versus a year earlier. With respect to real estate values, the following properties experienced the most significant changes in value in 2019:

KBS REIT III to Pursue Conversion to an NAV REIT

“Overall, we are incredibly pleased with the performance of this high-quality portfolio. Other key highlights during the past several months include the following: 1) Completing the sale of 11 properties to Prime US REIT, a publicly listed REIT on the Singapore SGX Exchange, for a $1.2 billion sale price, which sales price was set-off in part against the REIT’s investment in units of Prime US REIT. 2) Signing a lease with Indeed Inc. for the entire space of 183,911 sf at Domain Gateway. 3) Signing an expansion lease with Accenture for 263,718 sf at Accenture Tower in downtown Chicago.”

“We are looking forward to another successful year in 2020. Our primary focus is to provide enhanced stockholder liquidity, complete major capital projects that will continue to allow the portfolio to attract quality tenants, lease-up and stabilize all properties including the Hardware Village property, continue to generate operating cash flows while providing an attractive dividend and continue to monitor properties in the portfolio for beneficial sale opportunities in order to maximize value. Additionally, the REIT’s board of directors has finalized a review of strategic alternatives in an effort to further enhance stockholder liquidity and maximize stockholder value and has determined to pursue a conversion into an NAV REIT. The REIT is submitting to stockholders for their approval two proposals related to the REIT’s conversion to an NAV REIT. In light of the proxy process for NAV conversion, the REIT will be suspending the share redemption program for ordinary redemptions in January 2020 with the intent to provide a substantial amount of liquidity after the stockholder vote via an expansion of the share redemption program, one or more tender offers or a special distribution. We have in excess of $300 million remaining from the proceeds of the Singapore portfolio sale (after considering the $40 million used to expand the share redemption program in 2019 and the $48 million of cash used in the Special Dividend), and the REIT will consider using all of the remaining net proceeds for a variety of stockholder liquidity options depending on shareholder demand for liquidity.”