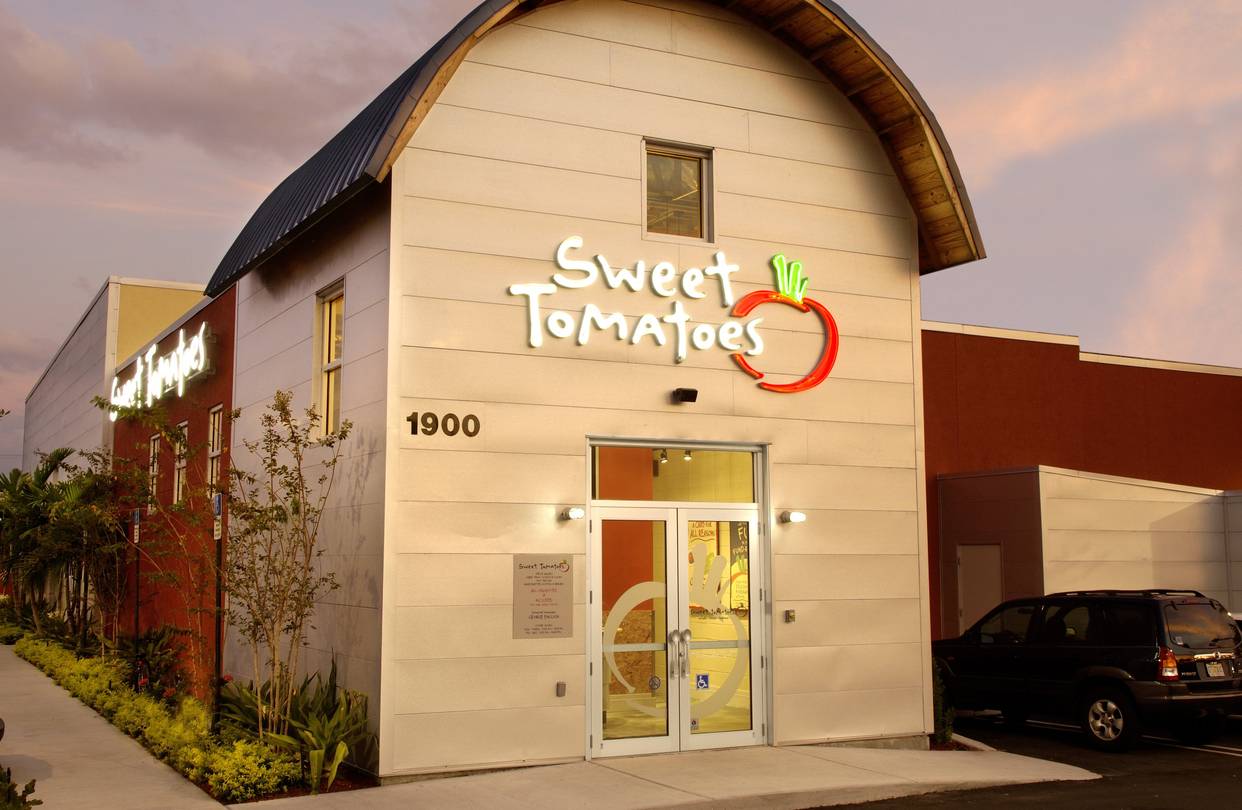 The U.S. is having one of its biggest restaurant shakeouts in years, as an oversupply of eateries and new rivals offering prepared meals to go claim what is expected to be a growing number of casualties.

In one recent week alone, three restaurant companies filed for chapter 11 bankruptcy protection, including Così Inc.; Rita Restaurant Corp., parent of the Don Pablo chain, and Garden Fresh Corp., which operates Souplantation and Sweet Tomatoes. At least five other restaurant operators have filed for court protection this year, with restructuring plans that call for restaurant closures.

So many filings in such a short time has surprised industry experts, who say more restaurant bankruptcies or closures are likely, as well as some consolidation. Some chains have been closing locations and shaking up management. Famous Dave’s of America Inc., which has been closing many of its barbecue restaurants, last week named its fourth new CEO in four years.

In August, Ruby Tuesday Inc. announced plans to close nearly 100 restaurants and Bob Evans Farms Inc. closed 27 restaurants in April on top of 20 it had shut down last year. 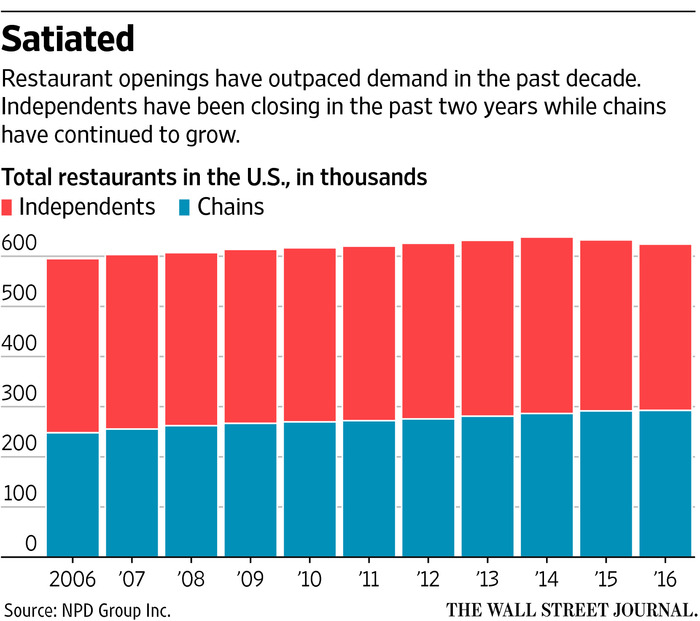 Part of the problem is that the supply of restaurants continued to grow in past years, even when foot traffic didn’t. Between 2006 and the industry’s peak in 2014, the number of restaurants in the U.S. grew 7.3% to more than 638,000—outpacing the 6.9% growth rate of the U.S. population over that period, according to NPD Group Inc., which studies eating patterns in the U.S.

The number of restaurants has since declined to just over 624,000, with many independent restaurants shutting their doors as chains continued to expand. Meanwhile, meal-kit delivery services, such as Blue Apron, and an expanded array of prepared meals available at supermarkets and convenience stores have been taking away customers.