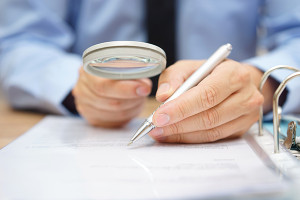 One day after NexPoint Advisors, L.P. (“NexPoint”) encouraged shareholders to vote against the proposed merger between Medley Capital Corporation (“MCC”) and Sierra Income Corporation (“Sierra”), the boards of MCC and Sierra officially declined the alternative merger proposal submitted by NexPoint.  The current proposal would combine MCC and Sierra, and bring management of the combined BDC under Medley Management, Inc. (“MDLY”). NexPoint’s proposal sought to allow the merger to go through but then to manage the funds itself.

NexPoint previously argued that the current merger proposal siphons $125 million in unnecessary fees to MDLY.  According to NexPoint, their proposal would provide a benefit of $225 million to MCC and Sierra shareholders.

In rejecting NexPoint’s proposal, the boards of MCC and Sierra stated that the $225 million figure was “unsubstantiated and misleading.”  They also stated that NexPoint’s proposal would deprive shareholders of the benefits of becoming an internally-managed BDC under MDLY and that it presented “significant uncertainty” to shareholders.  They went on to say that NexPoint and its parent company, Highland Capital Management Fund Advisors LP, have a “concerning track record as fiduciaries.”

The shareholders were originally set to vote on the merger proposal on February 8, 2019, but MCC and Sierra have separately decided to move the special shareholder meetings to early March as a result of the government shutdown in January.