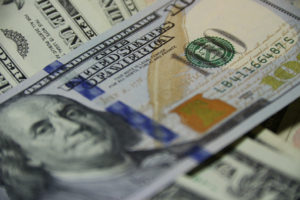 Steadfast Income REIT refinanced a total of over $123 million of its variable rate debt and obtained fixed-rate debt in the form of Freddie Mac loans in an aggregate principal amount of $131.9 million.

On September 26, 2019, the REIT refinanced an existing variable rate loan with Newmark Knight Frank (“NKF”) with a new fixed-rate Freddie Mac loan with an aggregate principal of $48.75 million that accrues interest at 3.66% per annum, maturing October 1, 2029. Interest-only payments are payable monthly through October 1, 2024, with interest and principal payments due monthly thereafter. The REIT paid $243,750 in loan origination fees to NKF in connection with the refinancing and the Advisor earned a loan coordination fee of $100,000.

On September 27, 2019, the Company refinanced $79.8 million of existing variable rate loans with NKF and PNC Bank with three new fixed-rate Freddie Mac loans in an aggregate principal amount of $83,107,000. Each of the new loans has a ten-year term, with interest-only payments for the first five years. The fixed rates on the Freddie Mac loans range from 3.56% to 3.62%. The REIT paid $378,323 in the aggregate in loan origination fees to the lenders in connection with the refinancing, and the Advisor earned a loan coordination fee of $300,000.