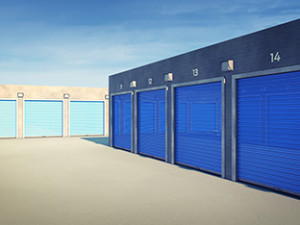 The nontraded REIT had previously established a special committee comprised solely of its independent directors to conduct a review of strategic alternatives and address potential conflicts of interest.

In its letter to stockholders, the REIT also alerted them that it is not uncommon for a third party to contact stockholders following the suspension of a share repurchase program with a tender offer for the purchase of their shares. The tender offers are usually at a substantial discount to the current estimated net asset value per share. The REIT stated in the letter that such an attempt by a third party may not be in the stockholder’s best interest, and that it will communicate with stockholders if it becomes aware of any specific tender offer with the REIT board’s recommended course of action.

As of June 30, 2018, Strategic Storage Growth Trust, Inc. owned 28 self storage properties with a combined 19,270 rentable storage units as well as 520 parking units. The units aggregated 2,121,700 square feet and were 91.2% occupied. The properties are located in 10 states and two properties are in Toronto, Canada.

Strategic Storage Growth Trust is sponsored by SmartStop Asset Management. A previous nontraded REIT program sponsored by SmartStop, Strategic Storage Trust, Inc., completed one of the more successful nontraded REIT full-cycle events in September, 2015, when it merged with Extra Space (EXR) and delivered $13.75 per share in value to its shareholders who had invested $10.00 per share in its offering.

Self Storage Continues to Gain Traction in 2018