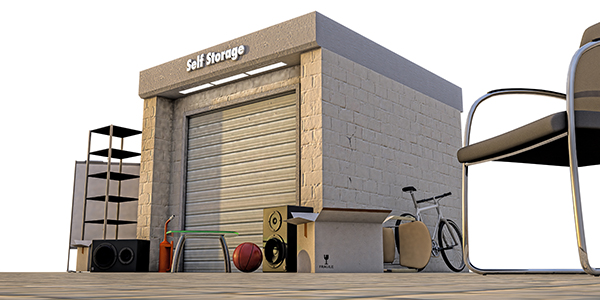 Strategic Storage Trust IV, Inc. announced that its registration statement pertaining to an initial public offering of approximately $1.095 billion in shares of common stock was declared effective by the Securities and Exchange Commission on March 17, 2017.

Strategic Storage Trust IV’s share classes are designed for and available for different categories of investors. All investors may choose to purchase Class A or Class T shares in the offering, while Class W shares are only available to investors purchasing through certain fee-based programs or registered investment advisors.

Strategic Storage Trust IV intends to primarily invest in a portfolio of self-storage properties consisting of both income-producing and growth properties located in the United States and Canada.

Pursuant to a prior sale of $7.5 million in Class A shares via a private offering transaction, there is no minimum offering escrow, so upon the declaration of effectiveness, Strategic Storage Trust IV has commenced operations. As such, there is no minimum number of shares the REIT must sell before accepting subscriptions in its offering.

The proceeds from initial subscriptions are now available to the REIT for the acquisition of real estate assets and other purposes.

Strategic Storage Growth Trust, from the same sponsor, had raised $162.4 million in its primary offering as of March 13, 2017, and its board of directors approved the closing of the offering upon crossing the $200 million threshold.  The nontraded REIT plans to have a portfolio of approximately $250 to $300 million in self-storage properties.

Strategic Storage Trust II had raised $482 million in its public offering as of January 3, 2017, and ceased offering shares in that offering as of January 9, 2017. As of December 30, 2016, the REIT had a portfolio of 77 wholly-owned properties in 14 states and Toronto, Canada, consisting of approximately 47,120 units and approximately 5.4 million net rentable square feet of storage space.