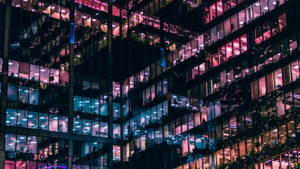 S&P Global Market Intelligence reported that, according to Reis data, the U.S. office vacancy rate stayed flat in the 2018 fourth quarter at 16.7%, while asking and effective rent growth both increased by 0.7% from the 2018 third quarter.

Year over year, the office vacancy rate increased by only 0.3%, while asking rent and effective rent increased by 2.6% and 2.7%, respectively.

According to the report, the national office vacancy rate is no longer the best way to gauge the overall state of the market, given that it has fallen only 90 basis points from its high of 17.6% over eight years of recovery from the financial crisis, but office inventory has also been considerably lower over the last two years than in previous cycles.

Though rent growth has stayed consistent with the rate of inflation in the past eight years, 2018 posted the strongest overall rent growth since 2015, with the quarterly rate of effective rent growth in the 2018 fourth quarter higher than in any quarter in 2017 and most of 2016, the report noted.

Of the 79 metropolitan areas covered by Reis, 38 posted vacancy rate increases for the 2018 fourth quarter, primarily due to negative net absorption. Louisville, Ky., had the largest quarterly increase in vacancy rate at 1.0%, while Wichita, Kan., logged the largest decline. The report noted that the sharpest declines in vacancy rate were seen in small to mid-size office markets.