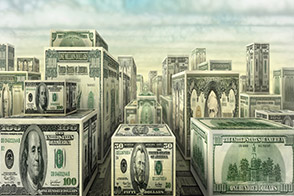 On October 19, 2017, the CWI AM Atlanta Perimeter Hotel, LLC venture, or the Westin Atlanta Venture, in which Carey Watermark Investors Incorporated, or CWI, owned a 57% interest, was sold to an unaffiliated third-party for a contractual sales price of $85.5 million. CWI received net proceeds of approximately $25.9 million. The Westin Atlanta Venture was accounted for under the equity method of accounting.