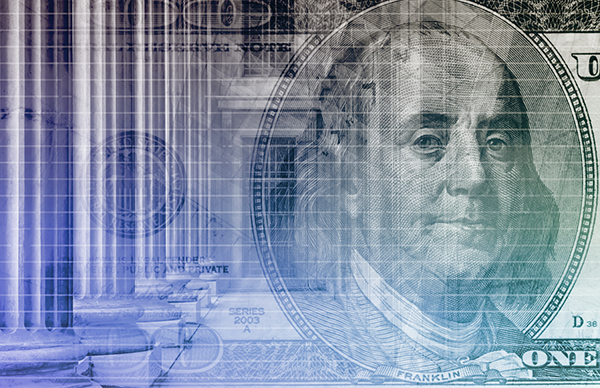 The Board of Directors of Cole Office & Industrial REIT (CCIT II), Inc., a publicly registered non-listed real estate investment trust (“REIT”) focused on owning and operating high-quality, income-producing single-tenant office and industrial properties net leased to creditworthy tenants under long-term leases, on March 30 announced an estimated per share net asset value (“NAV”) of the Company’s Class A and Class T common stock of $10.58 as of December 31, 2017. This represents an increase over the previous per share NAV determined by the Board of $10.32 as of December 31, 2016, which was the second valuation that the Company had conducted.

“The office and industrial net-lease sector continues to be strong, and this is reflected in CCIT II’s valuation," said Nathan DeBacker, Chief Financial Officer of CCIT II. “The portfolio has built-in rent growth and an average remaining lease term of nearly 10 years, along with 100% occupancy. Additionally, we believe that because our tenants value the mission-critical and strategic nature of these locations, several have expanded their properties, providing additional employment and economic investment in their local communities.”

The Company engaged Cushman & Wakefield of Illinois, Inc., Valuation & Advisory group, an independent global advisory and real estate services firm, to assist the Board with determining an estimated per share NAV and a valuation range of CCIT II. Using the NAV Methodology, Cushman & Wakefield arrived at a valuation range of $10.06 to $11.63 per share. The estimated per share NAV for Class A and Class T shares of $10.58 was determined and approved by the Board based on the recommendation of its valuation committee, which is comprised solely of independent directors, including the independent Chairman of the Board.

CCIT II is a public, non-listed REIT formed in 2013 that acquires and manages single-tenant, income-producing, necessity office and industrial properties that are leased to creditworthy tenants under long-term, net leases. CCIT II is operated by CCO Group, LLC, a subsidiary of CIM Group. The REIT’s offering was effective in 2013 and raised over $677 million, including DRIP proceeds, before closing in September, 2016, according to Blue Vault. As of December 31, 2017, the REIT owned 36 properties comprising approximately 11.4 million rentable square feet of commercial space located in 19 states, which were 100% leased with a remaining average lease term of 9.9 years. The Company acquired three properties in 2017 for an aggregate purchase price of $93.5 million.

Established in 1994, CIM is a vertically-integrated owner and operator of real assets for its own account, and on behalf of its partners and co-investors seeking to invest in urban real assets, net-lease assets, and other associated credit strategies, with a principal focus on North America. CIM’s real assets include urban residential, commercial, retail, hospitality, debt, and infrastructure investments as well as U.S.-based retail, office and industrial net-lease.

CIM Group acquired all the issued and outstanding shares of common stock of Cole Capital Advisors, Inc., the owner of the REIT’s external advisor, from VEREIT OP. The transaction was completed on February 1, 2018.

VEREIT To Sell Cole Capital to an Affiliate of CIM Group