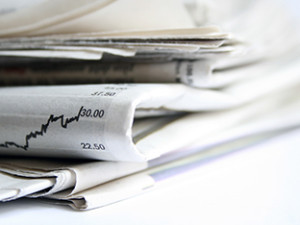 On October 9, 2018, Cole Real Estate Income Strategy (Daily NAV), Inc., publicly disclosed in a prospectus supplement to the prospectus for the Company’s public offering that it intends to make the following modifications to the Offering:

Concurrent with these changes, the Company further intends to amend its advisory agreement with its advisor to:

Finally, concurrent with the effectiveness of the changes described above, the REIT intends to change its name to CIM Income NAV, Inc., as well as the name of the operating partnership to CIM Income NAV Operating Partnership, LP.

The Company believes that these changes are in the best interest of its stockholders and will, among other things, generally reduce the aggregate selling fees paid by current and future stockholders. Further, the Company believes that these changes will result in greater access to capital to better achieve its investment objectives.
Management has been authorized to seek to make these changes and prepare amendments to various governance documents and agreements in order to enact the proposed changes. Any modification of the Offering is subject to regulatory approval.

VEREIT To Sell Cole Capital to an Affiliate of CIM Group