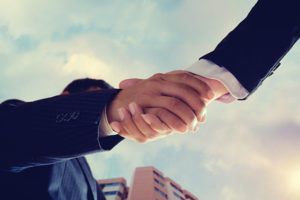 On October 31, 2018, the merger of Corporate Property Associates 17 – Global Incorporated (“CPA:17”) and CPA17 Merger Sub LLC, a merger subsidiary of W. P. Carey Inc. (“W. P. Carey”), became effective and, subject to the terms and conditions of the Agreement and Plan of Merger, dated as of June 17, 2018, each share of CPA:17 common stock issued and outstanding immediately prior to the Effective Time (as defined in the Merger Agreement) was converted into the right to receive 0.160 shares of W. P. Carey common stock.  Fractional shares were converted into cash. Neither W. P. Carey nor any of its subsidiaries received any merger consideration for shares of CPA:17 common stock owned by them.

Prior to the consummation of the Merger, certain affiliates of W. P. Carey provided advisory services to CPA:17 pursuant to the (i) Amended and Restated Advisory Agreement, dated as of January 1, 2015, among CPA:17, CPA:17 Limited Partnership and Carey Asset Management Corp., and (ii) Amended and Restated Asset Management Agreement, dated as of May 13, 2015, among CPA:17, CPA:17 Limited Partnership and W. P. Carey & Co. B. V. (collectively, as amended, the “Advisory Agreements”). The Advisory Agreements were automatically terminated upon the closing of the Merger.