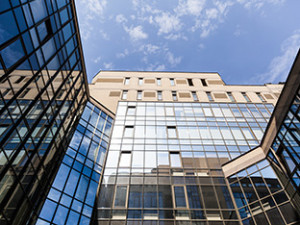 On June 4, 2018, the board of directors, including all of the independent directors, approved the termination of the IPO SRP effective as of July 5, 2018. In addition, effective as of such date, the board amended and restated the New SRP in order to allow stockholders of the IPO Shares to utilize the New SRP. Accordingly, beginning in July 2018, stockholders of IPO Shares will be able to continue to redeem at 100% of the net asset value of the applicable share class, subject to the other limitations and conditions of the amended and restated New SRP.

These changes will take effect beginning with third quarter redemption requests which will be processed in October 2018. Redemption requests must be received by 4:00 p.m. (Eastern time) on the second to last business day of the applicable quarter.

According to Griffin Capital:

“The primary change is the limit for redemptions. Previously, there were two separate share redemption programs, one for Class A, AA, and AAA shares (“IPO shares”) and one for Class T, S, D, and I shares (“follow-on shares”). Prior to this change, IPO redemptions were subject to an annual limit of no more than 5% of the weighted average outstanding shares of such classes during the prior calendar year, with funding limited to the amount of net proceeds received from the sale of such shares under the DRP for such classes. Commencing this month, IPO shares will use the SRP previously only available to follow-on shares. Under that SRP, there is a quarterly limit on redemptions of 5% of the aggregate NAV of outstanding shares as of the last business day of the previous quarter.

This means that the REIT’s IPO shareholders will have a higher redemptions limit of 5% of the aggregate NAV of outstanding shares determined quarterly rather than 5% of the weighted average outstanding shares annually. Also, the redemption price will be based upon 100% of the NAV rather than a percentage of the lesser of the price paid or NAV. If the NAV is higher than the price paid, this would benefit shareholders who redeem their shares.