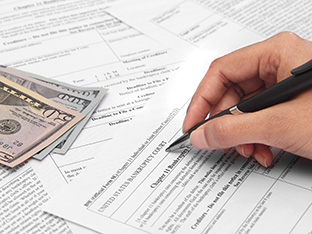 The Board of Directors of Hartman Short Term Income Properties XX, Inc. determined an estimated net asset value (“NAV”) per share of the Company’s common stock of $13.15 as of September 30, 2016.

The Company is providing the estimated net asset value per share of its common stock to assist the broker dealers that participated in the Company’s initial and follow-on public offerings in meeting their ongoing customer account statement reporting obligations under the current rules of the Financial Industry Regulatory Authority, Inc. (“FINRA”).

In determining the estimated net asset value per share, the Board’s Valuation Committee relied upon information provided in a report provided by WKW Financial Advisors (“WKW”), an independent consulting firm providing authoritative studies, financial analysis, valuation and strategic advisory services, engaged with the approval of the Valuation Committee, and the Board’s experience with, and knowledge of, the Company and its real property and other assets as of September 30, 2016.

As of September 30, 2016, the Company owned 16 commercial properties.  The Board determined the fair value of the Company’s real estate investments to be $295,000,000 as of that date. This determination was based on an income capitalization approach.