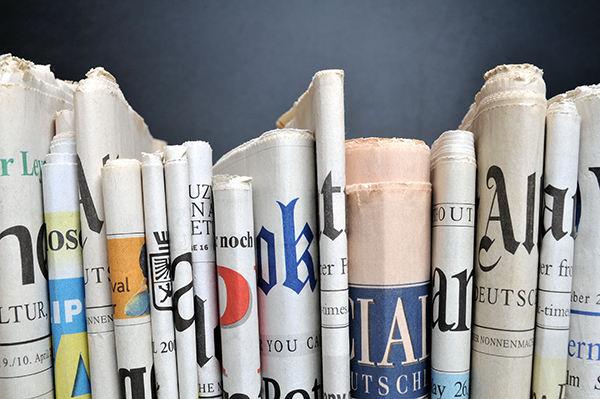 On March 7, 2017, Hines Real Estate Investment Trust, Inc. filed its Articles of Dissolution with the State Department of Assessments and Taxation of Maryland pursuant to a plan of complete liquidation and dissolution adopted by its board of directors on June 29, 2016 and approved by its stockholders on November 7, 2016. The Articles of Dissolution became effective upon filing. In connection with the Company’s filing of its Articles of Dissolution, the Company will cease filing periodic reports with the SEC, beginning with its annual 10-K for the year ended December 31, 2016. Although the Company will cease filing these reports, the Company will disclose in Current Reports on Form 8-K any material developments, including material developments relating to (i) its liquidation, including the amounts of any liquidating distributions or other material payments and expenses, (ii) its dissolution, and (iii) the Gamburg v. Hines Real Estate Investment Trust, Inc., et. al. litigation. Additionally, the Company will file a final Current Report on Form 8-K and a Form 15 to deregister its common stock when the dissolution and winding up of the Company is complete.

On March 7, 2017, the Company’s board of directors determined to amend the dissolution plan in order to express its intent that the Company will remain in existence as a corporation for federal income tax purposes following the filing of the Articles of Dissolution until it makes its final liquidating distribution.

The Plan of Complete Liquidation and Dissolution (“the Plan”) was effective on November 7, 2016. As disclosed when Hines REIT first announced the Plan, the REIT expected to pay aggregate liquidating distributions to its stockholders pursuant to the Plan in the range of $6.35 – $6.65 per share.

Prior to December 20, 2016, the REIT had an investment in Hines US Core Office Fund LP which owned two office properties. One of the two properties was sold on December 20, 206. The remaining property was under contract to be sold in Q1 2017.  The estimated value per share as of December 20, 2016 of these interests was $0.30.