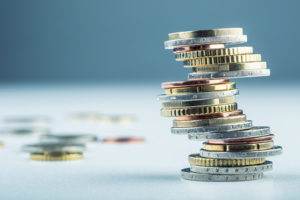 On September 24, 2018, Hospitality Investors Trust, Inc. announced that its Board of Directors has adopted a Share Repurchase Program (“SRP”), effective as of October 1, 2018. Pursuant to the SRP, and subject to the terms and conditions contained therein, any stockholder of the Company’s common stock may request that the Company repurchase all or a portion of such Stockholder’s shares of common stock at $9.00 per share.

Blue Vault Comment:  The above statement by the Board reflects the simple fact that any shareholder who sells their shares back to the Company for $9.00 per share is accepting less than the value of those shares, based on the estimated NAV per share. In doing so, the Company can pay $9.00 for shares worth considerably more and the shareholders are accepting a very steep discount for the sake of liquidity.  From the Company’s perspective, remaining shareholders are benefitting by repurchasing shares of other shareholders at a significant discount. This REIT raised capital at $25.00 per share in its offering between January 2014 and November 2015. Currently, common shareholders have received no cash distributions since Q2 2016 and the current estimated NAV is down 44.5% from the initial offering price.  A shareholder who purchased shares in January 2014 and accepts $9.00 per share in Q3 2018 will have experienced an annualized rate of return of approximately negative 18.7%.

The repurchase price is initially $9.00 per share and may be changed by the Board from time to time, based on such factors as the Board deems relevant and appropriate in its sole discretion, effective 15 days after such change has been disclosed.