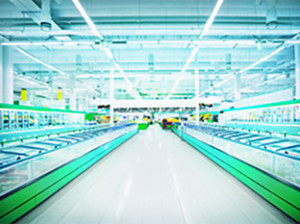 In a letter to shareholders on July 6, InvenTrust emphasized the strength the company sees in grocery-anchored centers as the right centers to invest in now and in the future. The nontraded REIT sees rents and occupancy rates as strong, with organic, health-conscious and higher-service groceries leading the sector. By 2020 the company expects to have close to 85% of its portfolio in grocery-anchored assets, up from about 71% in 2016.

Despite the reduction in InvenTrust’s estimated share value to $3.14 per share on May 9 (down from $3.29 as of May, 2017), which the company says was driven by the overall decline in retail real estate values due to a multitude of factors impacting the retail sector, the REIT believes in its financial performance and the capital structure of its $3 billion grocery-anchored, Sun Belt focused retail portfolio.

The REIT’s Q2 2018 cash distribution equals $0.0179 per share, equating to a $0.0716 annualized rate per share, up from $0.0695 in 2017. That distribution translates to a 2.28% rate based upon the latest NAV per share. As of March 31, 2018, InvenTrust Properties owned 67 properties and two JV investments, with 11.2 million square feet, of which 93.6% was occupied.  The REIT also had two operating real estate joint ventures, one of which owned an interest in 14 retail properties with 3.0 million square feet, managed by the company. The other joint venture owned land to be developed in Sacramento, California.