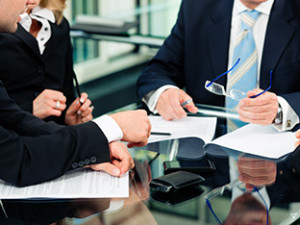 KBS REIT II, Inc., a nontraded REIT advised by KBS Capital Advisors LLC, has recommended to shareholders that they reject a third-party tender offer from CMG Partners, LLC, for the REIT’s common shares at $3.21 per share.

On December 3, 2018, the REIT’s board of directors approved an estimated value per share (the “EVPS”) of the REIT’s common stock of $4.95, as of September 30, 2018.  The board noted that the EVPS did not take into account estimated disposition costs and fees for real estate properties that were not under contract to sell, debt prepayment penalties that could apply upon the prepayment of certain of the REIT’s debt obligations or the impact of restrictions on the assumption of debt. The REIT has generally incurred disposition costs and fees related to the sale of each real estate property since inception of 1.7% to 4.4% of the gross sales price less concessions and credits, with the weighted average being approximately 2.4%. If this range of disposition costs and fees were applied to the estimated value of the REIT’s real estate properties, which does not include these costs and fees in the appraised values, the resulting impact on the EVPS would be a decrease of $0.12 to $0.30 per share ($4.83 to $4.65).

The REIT’s focus in 2019 is to: continue to strategically sell assets and consider special distributions to its stockholders; negotiate lease renewals or new leases that facilitate the sales process and enhance property stability for prospective buyers; and complete capital projects, such as renovations or amenity enhancements, to attract quality buyers and improve the potential sale price.

The REIT believes the bidder’s offer is meant to take advantage of the illiquidity of the REIT’s shares by buying shares at a price significantly below their fair value in order to make a significant profit.

KBS REIT II, Inc. raised approximately $1.887 million in its public offering that closed on December 31, 2010, including DRIP proceeds. As of September 30, 2018, the REIT had $957 million in real estate assets consisting of eight office properties and an office campus consisting of five office buildings, with a combined 4.5 million square feet.  The REIT was distributing at the rate of 4.45%, based upon the original $10.00 offering price adjusted for partially liquidating distributions that have been paid to shareholders.