November NTR Sales Up 0.4% From October, Nontraded BDC Sales Down 23%

November NTR Sales Up 0.4% From October, Nontraded BDC Sales Down 23%

The one new nontraded REIT reporting sales in October, Procaccianti Hotel REIT Inc., increased its sales in November to $0.53 million from $0.23 million in its first monthly report. 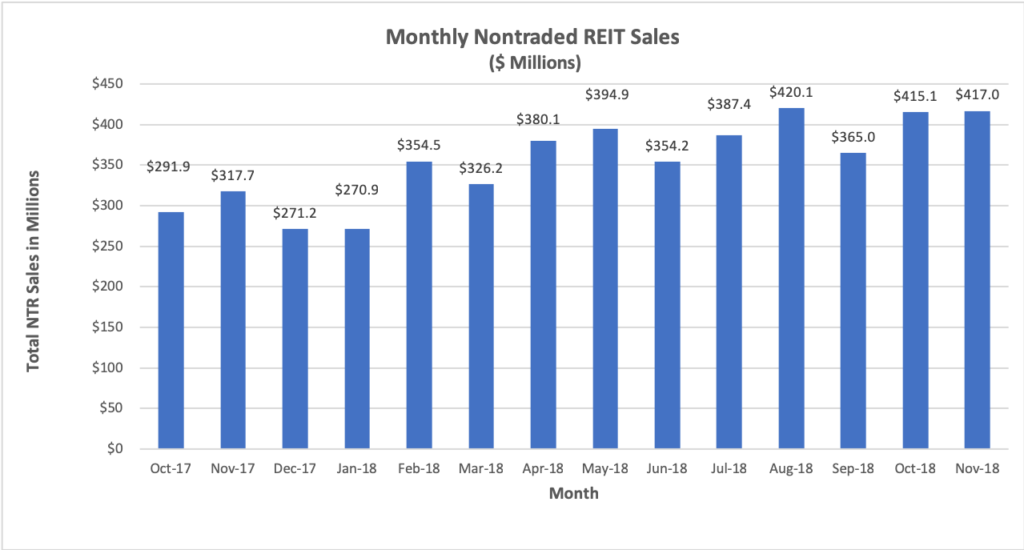 The $832.1 million capital raised in the first two months of Q4 2018 put the industry on pace for over $1.25 billion for the quarter if the trends continue, which would be the largest quarterly total since 2017. 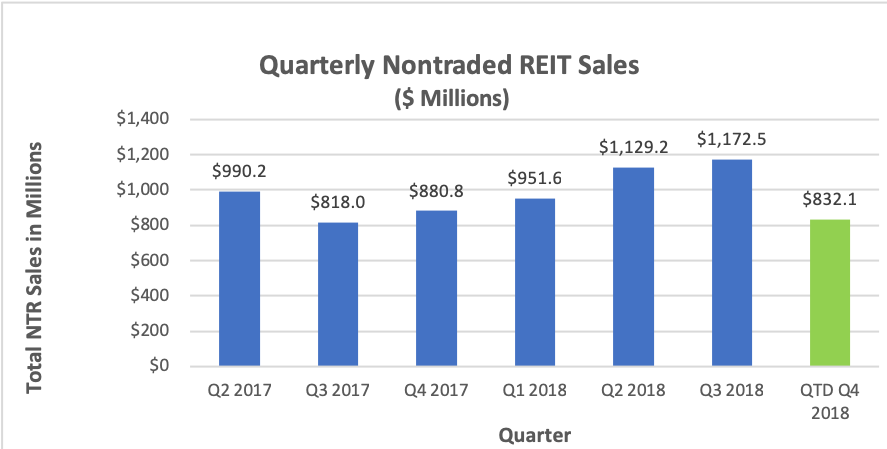