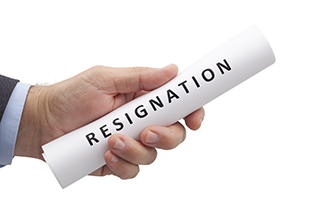 On September 20, Parking REIT, Inc. filed an 8-K with the SEC which included an attachment of the resignation letter by Mr. Erik Hart, an independent member of the REIT’s board of directors which he submitted on September 14.  Mr. Hart’s letter is quoted below and points to his concerns about the lack of independence of the existing board of directors and, significantly, the internalization fees that could be paid to the Advisor of the REIT after the board’s amendment to the Advisory Agreement.  If Mr. Hart’s concerns are to materialize in an internalization transaction, the shareholders of Parking REIT could pay up to 6% of the most recent total assets of the REIT to the Advisor in such a transaction, or roughly 12% of the REIT’s shareholders’ equity.

I am writing to advise you of my immediate resignation from the Board of Directors of The Parking REIT, Inc. (the “Company”). I was informed in August that I would not be nominated for re-election to the Board but that my term would continue until the annual meeting scheduled for October. I believe the decision by the Nominating Committee not to allow me to stand for re-election was a deliberate decision precipitated by the lack of control the CEO, Michael Shustek, and the Chairman of the Board had over my participation in Board meetings. I believe that my true independence and my participation in the investigation into Whistleblower allegations made against Mr. Shustek was the reason that the Nominating Committee took such action. It is my belief that Independence from management is neither a valued quality nor is it seen as an asset by the Company or a majority of its Board. The proxy statement filed for the annual meeting is misleading as it states that I am not standing for re-election. It does not state that this was a decision made by the Nominating Committee against my wishes as I believed my independence is necessary on the Company’s Board of Directors….

I have worked tirelessly to uphold my duty to the Company’s shareholders but I believe a majority of the Members of the Board have a different agenda. I believe the majority’s top priority is the retention of Mr. Shustek as CEO, with all other priorities being secondary.

Finally, I am resigning because on September 12, the Board passed a significant amendment (the “Amendment”) to the advisory agreement (the “Agreement). The Amendment alters the termination clauses of the Agreement and now instead of being able to terminate the advisor, MVP Realty Advisors, LLC (the “Advisor”), and our CEO, Mike Shustek, with sixty days notice with no automatic costs to shareholders, the Board has now agreed to an internalization or termination fee of between sixteen and twenty-one million dollars payable to the Advisor.

The Amendment was negotiated by a committee (the “Committee”) consisting of three other board members, two of whom previously served as directors of Vestin Realty Mortgage II, Inc. (“VRTB”), which was a partial owner of the Advisor, loaned monies to the Advisor and will directly benefit from the Amendment. This creates at least an appearance of a conflict of interest among some of the committee members that negotiated the Amendment on behalf of the Company.

The Committee did not seek a full fairness opinion from an independent third party firm, but instead relied on an informal opinion by Ladenburg-Thalmann, a firm which intends to represent the Company in a listing to a stock exchange in the near future. Again this creates an appearance of a conflict of interest, and in my opinion does not adequately insure the price being paid by the Company to the Advisor for internalization or termination is fair and a sound business decision.

Additionally, the fee being paid in the Amendment does not resolve other financial and contractual issues that will occur if a termination of the Advisor becomes necessary in the future, issues I suspect may cost the Company and its shareholders significantly more money.

I believe the entire process in which the Amendment was negotiated and approved was flawed, especially Given that this Amendment comes on the heels of an Audit Committee investigation which found that “Mike Shustek did not exercise proper judgment and appropriate oversight” with matters crucial to his performance as CEO and required the Board to put enhanced procedures in place.”

In previous articles by Blue Vault, we have highlighted the REIT’s failure to file financial statements in a timely manner, changes in its auditor, termination of its CFO, and investigations by the board into the actions of its CEO, Michael Shustek.  The resignation of Mr. Hart as an independent board member adds still more questions regarding the REIT’s management and the oversight by the board of directors.