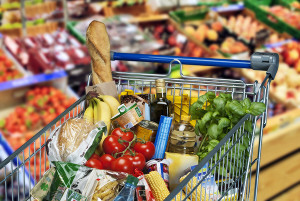 Under the terms of the deal, the weighted average merger consideration is $7.59 per share, based on PECO's most recent estimated net asset value per share of $11.10.

According to the announcement, the merger consideration, on an aggregate basis and for each of the Class A, I and T shares, represents a substantial premium over both the $6.54 midpoint and the $6.88 high end of PECO III's estimated net asset value per-share range. Blue Vault reports that this is a substantial discount from both the private and public offering prices. The Class A shares were sold in a private offering in Q1 2018 at an average price of $9.87 per share.  The Class I and Class T shares were sold in a public offering for $10.00 and $10.42 per share, respectively.

PECO III's special committee concluded that the proposed merger is the best available option for the company and its shareholders, citing relative valuation, timing and transaction cost considerations, according to a filing. Possible alternatives to the merger explored by PECO III's special committee included continuing to operate as a stand-alone entity, liquidation, or seeking a business combination with or sale of assets to another party.

The proposed merger has been approved by PECO III's special committee of independent directors and PECO's board.

A public offering was declared effective on May 8, 2018, consisting of  (i) $1.5 billion in shares of common stock in the primary offering, consisting of two classes of shares, Class T and Class I, at purchase prices of $10.42 per share and $10.00 per share, respectively, with discounts available to some categories of investors with respect to Class T shares, and (ii) $0.2 billion in Class A, Class T, and Class I shares of common stock pursuant to the DRIP at a price of $9.80 per share.

In connection with a review of potential strategic alternatives, on June 12, 2019, PECO III’s Board of Directors approved the suspension of the public offering and the share repurchase program (“SRP”), effective June 14, 2019. As of June 30, 2019, PECO III had raised $1.1 million and $3.3 million in gross offering proceeds from the issuance of Class I and Class T shares, respectively.