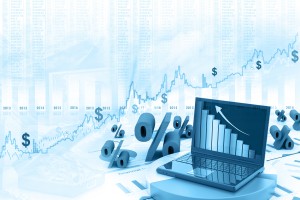 According to data firm Trepp LLC, the spread between long-term borrowing rates and the average yields on some types of commercial real estate are the narrowest since 2008. According to a December 18 article in the Wall Street Journal, this could be a signal that a decade-long trend of rising prices may be ending. Since most investors use significant leverage to acquire commercial real estate, “higher borrowing costs will mean tighter margins and less room for error.”

The article quotes David Steinbach, chief investment officer for Hines. “In 2007, looking back, that was a real red flag,” said Steinbach. Hines, one of the country’s biggest investors in office buildings, was a net-seller of that property type this year partly because it believes values are near their peaks, Mr. Steinbach said.

A Green Street Advisors value index of property owned by real-estate investment trusts increased only 2% in the 12 months ending November 30, compared with the earlier years of the recovery which showed annual growth rates of as much as 20%.

Commercial property yields have stayed relatively flat for the past 12 months. Meanwhile, mortgage rates have started climbing this year tracking global interest rates. At the end of the third quarter the average rate borrowers paid on loans packaged into commercial mortgage-backed securities was 5.03%.

One year earlier it was 4.52%. That increase “is a big deal on multimillion-dollar properties,” according to Joe McBride, Trepp’s research director.

The last time yields were this close to interest rates was near the market’s previous peak in 2007, which was followed by a 35% decline in commercial property prices when the market was pounded by the financial crisis and recession.

Not all of the signs are negative for commercial real estate, however. According to Real Capital Analytics, investors purchased $152.7 billion of U.S. commercial property in the first three quarters of 2018, an increase of 17% over the same period in 2017. Also, real estate funds managed by private equity firms are holding a record $308.4 billion in cash to invest in deals, according to Preqin. Green Street Advisors expects debt funds to make more than $60 billion in commercial property loans in 2018. Growing competition among lenders has prevented borrowing costs from rising. That competition caused spreads between borrowing costs and rates on 10-year Treasury notes to narrow, from about 2.87 percentage points in Q3 2016 to 2.15 percentage points in Q3 2018.