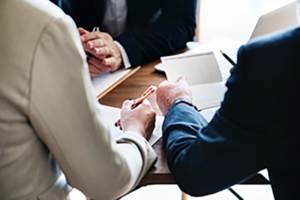 On March 2, 2020, Steadfast Income REIT, Inc. (the “Company”) held a special meeting of its stockholders (the “SIR Special Meeting”), at which its stockholders were asked to consider and vote on (i) a proposal to approve the merger (the “SIR Merger”) of the Company with and into SI Subsidiary, LLC (“Merger Sub”), a wholly owned subsidiary of Steadfast Apartment REIT, Inc. (“STAR”), pursuant to the Agreement and Plan of Merger, dated as of August 5, 2019, by and among the Company, STAR and the other parties thereto (the “SIR Merger Proposal”), (ii) a proposal to approve the amendment of the charter of the Company to remove the provisions related to “Roll-Up Transactions” in connection with the SIR Merger (the “SIR Charter Amendment”), and (iii) a proposal to adjourn the SIR Special Meeting, if necessary or appropriate, to solicit additional proxies in favor of the proposal to approve the SIR Merger.

The final results of the following matters voted on at the SIR Special Meeting are set forth below, excluding any shares beneficially held by certain affiliates as required by the Merger Agreement.

Accordingly, the Company’s stockholders approved the SIR Merger Proposal. As contemplated by the Merger Agreement:

• The Company shall merge with and into Merger Sub. Merger Sub will continue as the surviving entity and as a wholly owned subsidiary of STAR, and the separate existence of the Company will cease.

Because the affirmative vote of the holders of a majority of the shares of the Company’s common stock entitled to be cast on the Merger Proposal and the SIR Charter Amendment were achieved, the proposal to adjourn the SIR Special Meeting to solicit additional proxies in favor of such proposal was not necessary or appropriate and, therefore, not called.