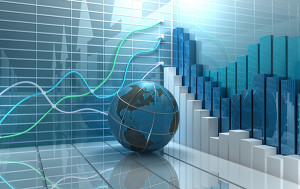 NOTE: This article has been updated from a previous version.

In a press release on July 19, Finance Trust, Inc. (“AFIN”) announced that it had successfully completed its first day of trading of its shares of Class A Common Stock on The Nasdaq Global Select Market (“Nasdaq”). Trading of AFIN’s common stock commenced that morning under the ticker symbol “AFIN.” After opening at $13.15 and reaching a session high of $16.80, the stock closed the day at $15.00, with approximately 600,000 shares traded during the day.

On July 20, the Class A shares opened at $15.00 and traded as high as $15.19 and as low as $13.98, closing at $13.98 with 795,600 shares traded. On July 23, the shares opened at $13.50 and traded as low as $13.34 and as high as $14.50. Such volatility for a company that owns a portfolio of 558 single-tenant and multi-tenant retail and lifestyle center properties is interesting. More importantly, this company announced an estimated NAV per share as of December 31, 2017, of $23.56. What happened? It’s not at all unusual for listed retail REITs to trade at a discount to NAV, especially recently. However, a 43% discount to NAV is hard to fathom, leading us to question the relevance of “estimated NAV per share” to investors in this REIT, and within the nontraded REIT sector generally.

In a press release, Michael Weil, AFIN’s CEO, stated “We are pleased with the results of today’s listing and appreciate the confidence and support provided by our more than 50,000 long-term shareholders and their financial advisors. This event marks an important milestone for us as we believe it provides a strong platform for future growth, offers daily liquidity to investors who invested in our public non-listed shares and an opportunity for new investors to own shares of a well-diversified REIT.” Given the market’s valuation of the REIT’s shares at such a large discount to the company’s most recent estimated NAV, it’s no surprise that the press release did not mention either the market pricing or the NAV.

When the CEO refers to the “long-term shareholders” he is indirectly referring to the tender offer made by the REIT which expired on May 31, 2018, in which the company offered $15.45 per share, net to sellers in cash. That tender offer resulted in just 207,713 shares being tendered, and we can’t help but wonder how those shareholders who didn’t tender their shares but sold their Class A shares on July 19 for less than $15.45 might feel today.

In a Blue Vault article on Monday, July 23, this author mistakenly assumed that the Class A shares currently listed on the Nasdaq, which represent 50% of the common shares held by investors in AFIN, could be used to value all shares at roughly double the $13.50 opening price. That was, frankly, a stupid mistake. Following a stock split and the creation of the exchange listed Class A share class along with Class B-1 and Class B-2 shares that will not be listed for 90 and 180 days, respectively, the total number of outstanding common shares is roughly the same (around 102 million shares) as before the reclassification. That means that the price of the listed A shares is the market’s current valuation of all common shares.

The comments section of Yahoo!Finance’s AFIN page is filled with negative comments, referring to the current per share trading range and comparing that pricing to the $23.56 estimated NAV per share in December 2017. In our opinion, the commenters have a legitimate complaint. In our next article on AFIN, we will explore the valuation of their portfolio that resulted in the $23.56 per share estimated NAV.

The board of AFIN, via stock splits and the creation of the B-1 and B-2 common share classes, sought to avoid a situation where pent up selling pressure would drive down the initial trading price for AFIN shares. Using “tranches” of shares that would only convert to listed shares on a 90-day and 180-day delayed basis, they reduced the potential for heavier selling during the first few days of the listing. The trading volume for the first three trading days of AFIN shares totaled around 2.2 million shares, or about 4.4% of the listed shares outstanding, and 2.2% of all common shares.