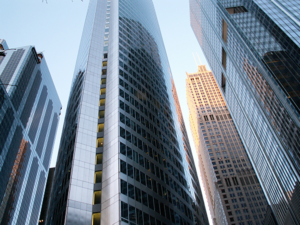 On July 27, American Realty Capital New York City REIT announced that it had accepted for purchase all 210,014 shares that were validly tendered and will purchase those shares for $12.95 per share. The tender offer was launched to counter the offer by MacKenzie Realty Capital, Inc. and other possible bidders for the company’s shares. The MacKenzie offer was at a price of $12.04 per share. The company said it acquired the shares for a total cost of about $2.7 million, excluding relevant fees and expenses. The shares accepted for purchase represent 0.7% of the real estate investment trust’s issued and outstanding shares as of June 30, 2018. The company’s share repurchase program was suspended during the offer period. [Note: During 2017, the company repurchased 359,458 shares at a weighted average price of $20.41 per share. During Q1 2018 the company repurchased 109,314 shares at an average price per share of $20.26.]

The recent history of tender offers for American Realty Capital New York City REIT is an interesting one. On March 22, 2018, Comrit Investments 1 LP announced that it had purchased 124,801 shares at a purchase price equal to $16.02 per share in a tender offer originally dated January 29, 2018.

Here following is a history of the recent tender offers, both by third parties and by American Realty Capital New York City REIT, thus far in 2018. The most recently announced estimated NAV per share was as of June 30, 2017, when the REIT’s board announced the NAV at $20.26 per share.

Interestingly, Comrit Investments 1 LP is based in Tel Aviv, Israel. The offer made by Comrit was to be facilitated in settlement and payment for the tendered shares by Central Trade and Transfer, LLC, an affiliate of Orchard Securities, LLC, which also manages an auction site for nontraded REIT shares.