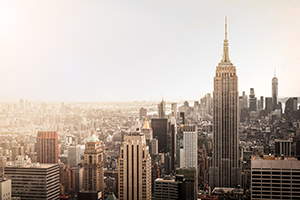 Even though American Realty Capital New York City REIT hasn’t announced plans for a liquidity event, it appears to be heading in that direction. Katie Kurtz, the company’s CFO and Treasurer, stated during a conference call with investors that the firm and its board “remain focused on driving earnings within the portfolio and preparing the company for a full-cycle liquidity event for shareholders.”

The REIT’s latest 10-Q filing listed six properties comprising 1,085,084 square feet of rentable square feet acquired with an aggregate cost of $756 million. After the 10-Q was filed the REIT purchased a 17,500 square-foot medical office in Brooklyn, New York for $15.9 million.

The REIT announced in its recent investor presentation that portfolio occupancy exceeded 90% at the end of the third quarter.

AFIN B-1 Shares to Convert on October 10, Increases Credit Facility