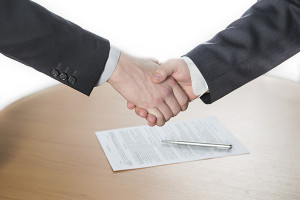 Holders of Gramercy common shares are entitled to receive $27.50 per share, which is 15 percent above Gramercy’s closing price the day before the news of the deal broke in May. All outstanding series A preferred shares of Gramercy will be redeemed in cash for approximately $25.05 per share. The common shares ceased trading on the New York Stock Exchange.

In its last quarterly report filed for Q2 2018, as of June 30, 2018, the Company’s wholly-owned portfolio consisted of 355 properties comprising 81,134,150 rentable square feet with 96.7% occupancy. The Company had ownership interests in 33 properties held in unconsolidated equity investments in the United States and Europe and one property held through the investment in CBRE Strategic Partners Asia. The Company managed approximately $2,364,000 of commercial real estate assets, including approximately $1,617,000 of assets in Europe.

Gramercy Property Trust began as CB Richard Ellis Realty Trust in 2004. On October 24, 2006, the REIT commenced its IPO, offering shares at $10.00 per share. The offer terminated on January 29, 2009, having received $607.3 million in gross proceeds. In a follow-on offering that closed in January 2012 the REIT raised gross proceeds of $1.901 billion. In 2010 the REIT began exploring strategic alternatives and liquidity events. On July 1, 2012, it became a self-managed company and changed its name from CB Richard Ellis Realty Trust to Chambers Street Properties.

Blue Vault’s 5thEdition Nontraded REIT Full-Cycle Returns study reported that the early investors in CB Richard Ellis Realty Trust had an average rate of return of 5.92% during the life of the REIT, excluding DRIP. Interestingly, the custom benchmark returns constructed with matched holding period returns and indices for similar assets and geographical diversity when matched to that of the REIT’s portfolio, had lower average rates of return (matched institutional portfolios adjusted for leverage had average returns of 3.95% and matched listed portfolios had average returns of 2.86% over the same holding period).