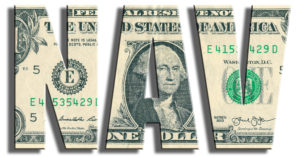 Blackstone Real Estate Income Trust announced a revised NAV per share calculation as of July 31, 2018, and the updated transaction prices for each class of its common stock as of September 1, 2018. The REIT also filed its Q2 2018 quarterly report on August 14.

In the table below are the new share prices effective September 1 and the share prices for the past three months, along with the rate of increase over the three-month period.

The purchase prices of common stock for each share class equal the transaction price for each class, plus upfront selling commissions and dealer manager fees.

As of June 30, 2018, Blackstone REIT owned 42 investments in real estate and had 74 positions in real estate-related debt securities. The REIT had total assets of $8.93 billion and had financing that included $5.56 billion in debt and repurchase agreements. As of June 30, 2018, the REIT had received net proceeds of $3.1 billion from selling an aggregate of 296.0 million shares of its common stock in its ongoing public offering.

In July, Blackstone REIT had $233.1 million in equity capital raise, excluding DRIP proceeds. This represented approximately 60% of the total capital raised by nontraded REITs for the month. For the six months ended June 30, 2018, the REIT declared aggregate distributions of $0.3118 per share of common stock for each share class, subject to stockholder servicing fees. Annualized, this distribution rate represents a 5.93% distribution yield based upon the January 1, 2018 transaction price for Class I shares of $10.5094 per share.