Home > News Article > How Has Steadfast Performed in the Nontraded REIT and Closed-End Fund Industries? 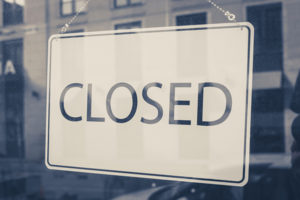 With the recent report by DI Wire that the capital markets division of Steadfast Companies had laid off multiple employees and is leaving the nontraded direct investment space for the foreseeable future, this is an appropriate time to evaluate Steadfast’s performance in the industry.

Steadfast Income REIT, Inc. (“SIR”) announced in November 2017 that it had entered into a joint venture arrangement with Blackstone Real Estate Income Trust, Inc. (“BREIT") with respect to 20 of the 63 apartment communities owned by SIR. In the transaction, BREIT was to acquire a 90 percent ownership interest in the 20-apartment community portfolio for approximately $460.8 million in cash and debt assumption. SIR would continue to own 10 percent of the portfolio. Affiliates of SIR would continue to provide property management services for the properties in the joint venture.

Stira Alcentra Global Credit Fund
In May 2017 Steadfast began an offering for a nontraded closed-end fund called Stira Alcentra Global Credit Fund. Through September 7, 2018, this offering had raised $36.2 million. As of August 31, the fund had a net asset value of its Class A shares of $9.05 and a distribution yield based on the NAV of 7.12%. On September 18, Stira Alcentra Global Credit Fund announced the suspension of its continuous public offering and suspended its distribution reinvestment program. The board announced that the decision is due to market conditions not being conducive to continuing the offering and it plans to consider alternatives that it believes are in the best interest of shareholders. As of June 30, 2018, it reported total assets of approximately $28.7 million, with approximately $21.9 million invested in 82 portfolio companies, with 65.5% of the fair value invested in senior secured first lien loans, 24.9% in corporate bonds, and 9.6% in senior secured second lien loans.