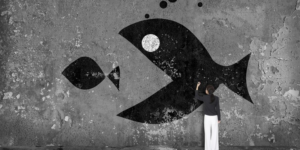 Stira Alcentra Global Credit Fund (“SAGC”) and Priority Income Fund, Inc. (“Priority”) announced on December 27 that the two funds have entered into a definitive merger agreement whereby SAGC would merge with and into Priority, with Priority being the surviving entity of the merger.  Priority’s Board of Directors and SAGC’s Board of Trustees have approved the proposed merger, and SAGC’s Board of Trustees has recommended approval of the proposed merger to its shareholders.  Approval of Priority’s shareholders is not required for the proposed merger.  SAGC and Priority expect to close the merger in the first or second quarter of 2019, subject to approval by SAGC shareholders and other customary closing conditions.

The proposed merger is a “NAV for NAV” transaction, under which SAGC shareholders would receive the number of shares of Priority common stock determined by applying an exchange ratio that compares the respective net asset values of SAGC and Priority shortly before closing.  Priority is a non-traded, closed-end fund registered as an investment company under the Investment Company Act of 1940.  Priority is managed by Priority Senior Secured Income Management, LLC, which is led by a team of investment professionals from the investment and operations team of Prospect Capital Management L.P.

Priority seeks to achieve its income and other investment objectives by investing at least 80% of its total assets in high yielding senior secured and floating rate corporate loans either directly or through securities issued by pools of primarily first lien loans called collateralized loan obligations (“CLOs”).  To date, Priority has invested predominantly in the equity and junior debt tranches of CLOs.  Priority commenced operations in January 2014 and had approximately $336 million of net assets (as compared to approximately $36 million for SAGC) as of September 30, 2018.

“We believe that SAGC and Priority shareholders will find compelling the multiple expected benefits of the proposed merger, including a significantly increased anticipated cash distribution rate from SAGC’s approximately 7% historic distribution rate to Priority’s approximately 10% current distribution rate,” said M. Grier Eliasek, President and Chief Executive Officer of Priority.  “We appreciate the opportunity to provide an attractive solution for SAGC shareholders and welcome discussions with any other non-traded funds that face similar scale-related issues as we continue to grow our business.”

Priority’s net asset value per share was $13.22 at September 30, 2018, compared to $13.83 at December 31, 2017, representing a 4.4% decline. According to a Prospectus filed December 21, 2018, the decline in net asset value per share thru June 30, 2018, since December 31, 2017, was primarily a function of valuation changes driven by the decline in the weighted average spread of the senior secured loan portfolios underlying its CLO investments.

Priority is a registered closed-end fund that was created to acquire and grow an investment portfolio primarily consisting of senior secured loans or pools of senior secured loans known as CLOs.  Such loans will generally have a floating interest rate and include a first lien on the assets of the respective borrowers, which typically are private and public companies based in the United States.  For more information, visit www.priority-incomefund.com.

The fund also suspended its share repurchase program on September 17, 2018. As of September 30, 2018, the fund had net assets of $35.9 million, in a portfolio of corporate bonds and senior secured loans, with investments in 79 portfolio companies. The fund’s net asset value per share was $9.05 as of August 31, 2018.