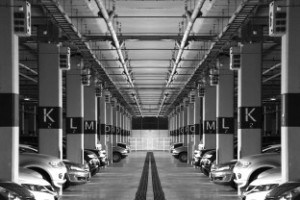 The Parking REIT, Inc., (the Company) a nontraded REIT that invests primarily in parking facilities, has applied to list its common stock on the NASDAQ Global Market under the symbol “PARK.” In a preliminary prospectus filed with the SEC on October 9, the REIT did not give specifics regarding the size of the offering or a price per share. If its common stock is not approved for listing on the NASDAQ Global Market, the Company will not consummate the offering.

As of the date of the prospectus, the Company owned interests in 42 parking facilities located in 17 states.  The REIT is managed by MVP Realty Advisors, LLC.

On May 26, 2017, the Company announced a merger agreement for the merger of two nontraded REITs, MVP I and MVP II. On December 15, 2017, the merger was consummated.

The Company was renamed “The Parking REIT, Inc.” following the merger.