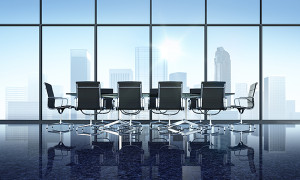 American Finance Trust (“AFIN”), Inc.’s board of directors announced on August 1 that it strongly recommends that its shareholders reject the latest unsolicited tender offer by MacKenzie Realty Capital, Inc. (“MacKenzie”) to purchase up to 400,000 shares of each class of AFIN common stock.

AFIN’s board called the offer an “opportunistic attempt to profit at stockholders’ expense.” The board believes that the offers for the three different share classes “could well prove to be undervalued.” In the press release, the board also stated that the offer price was deceptive since MacKenzie will reduce the actual price paid for tendered shares by any distributions paid on such shares by AFIN after June 29, 2018, which, after the June 2018 distributions paid in early July at the annualized rate of $1.30 per share, are currently paid at the rate $1.10 per year per share. As a result, the per share price actually paid by MacKenzie will be at least $0.29 less than their offer price if MacKenzie’s offer expires on September 10, 2018.

According to AFIN’s press release, unlike tender offers filed with the SEC, the MacKenzie offer does not address certain matters, including:  a complete description of the risks associated with the offer, a clear discussion of the methodologies used by MacKenzie to determine its offer price or how it has valued AFIN shares, along with disclosures of MacKenzie’s control persons and promoters and their financial wherewithal.